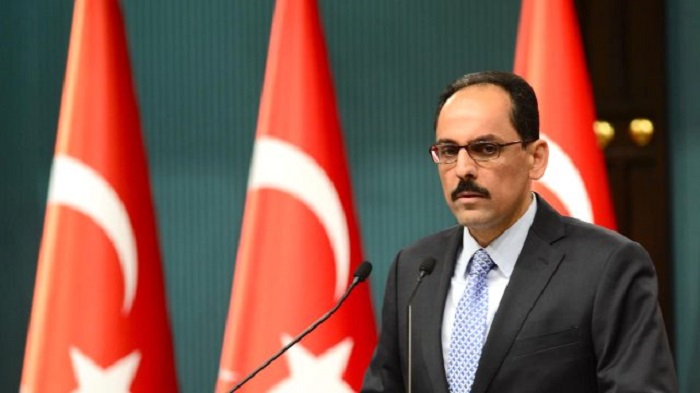 Russian S-400 anti-aircraft missile systems, which are purchased by Turkey, pose no threat to NATO, said Ibrahim Kalin, the Turkish presidential spokesperson, AzVision.az reports with reference to the Turkish media.

Kalin noted that the S-400 systems won’t be integrated into the NATO defense system.

He added that the US and NATO shouldn’t doubt that the S-400 systems don’t pose a threat to them.

Regarding Turkey’s membership in NATO, Kalin noted that Ankara is a member of NATO and its most important ally.

Earlier today, it was reported that Russian S-400 anti-aircraft missile systems will be delivered to Turkey in two cargoes.