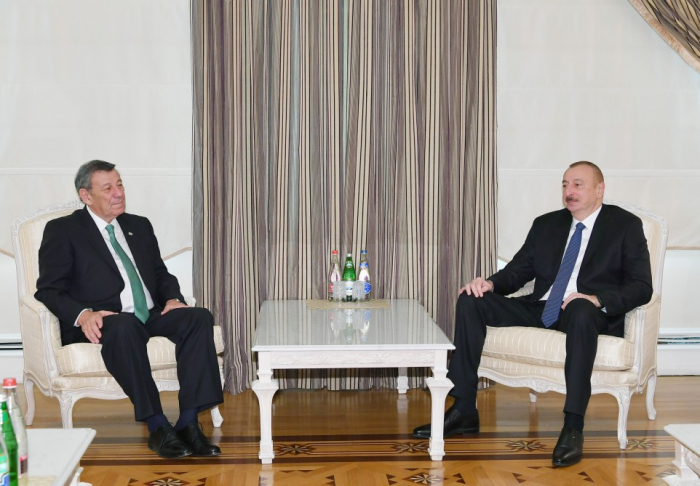 President of the Republic of Azerbaijan Ilham Aliyev has received a delegation led by Minister of Foreign Affairs of the Oriental Republic of Uruguay Rodolfo Nin Novoa.

The head of state expressed hope for the fruitful discussions that will expand the bilateral ties between the two countries during Uruguay's FM Rodolfo Nin Novoa's trip to Azerbaijan. President Ilham Aliyev expressed confidence that Uruguay FM's visit will create prospects for economic cooperation and the expansion of relations among business structures.  Novoa highlighted the importance of increasing economic cooperation, as well as trade turnover between Azerbaijan and Uruguay. He also stated that Uruguay supports the territorial integrity of all countries and their stance remains unchanged.