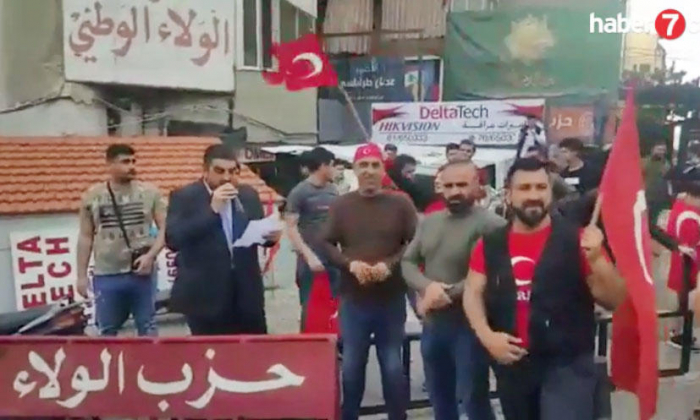 After the burning of the Turkish flag by a group of Armenians in the Lebanese capital Beirut on April 24, hundreds of residents of the city launched protests, AzVision.az reports referring to Turkish media.

Lebanese protesters are marching through central Beirut with Turkish flags.

Janissary military marches are also heard during the anti-Armenian protests.

The protesters also appealed to Armenians living in Beirut, demanding an end to anti-Turkish propaganda.

"We are addressing the descendants of Armenians, who once betrayed the Ottoman Empire, so that they know that we are all grandsons of Fatih Sultan Mehmet, we are all Muslims. Long live Turkey!," as exclaimed by the participants of anti-Armenian protests.