US deputy assistant secretary: No issues between US, Azerbaijan in terms of airspace 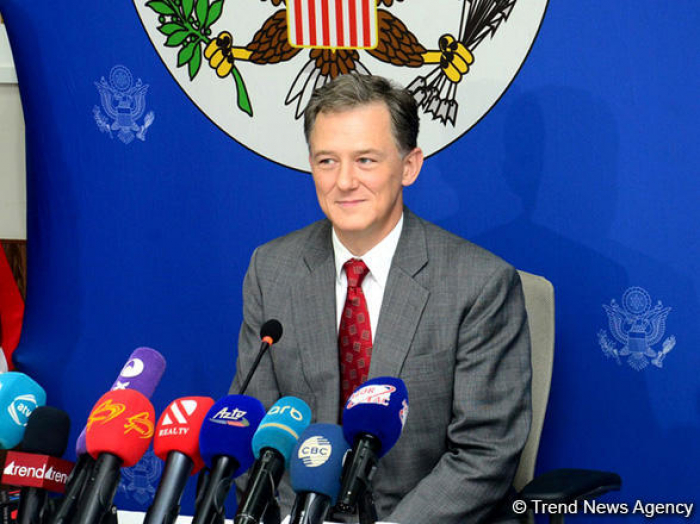 There are no issues between US and Azerbaijan in terms of airspace, US Deputy Assistant Secretary of Bureau of European and Eurasian Affairs George Kent told reporters in Baku May 2, AzVision.az reports.

Earlier, spokesperson for Azerbaijani Foreign Ministry Leyla Abdullayeva said that the information presented by some media outlets these days on "Azerbaijan closes the corridor through its territory for NATO Member States" is not correct.

“In order to clarify the situation, first of all we would like to note that, in terms of the corridor, Azerbaijan does not give anyone, including NATO, any part of its territory. Here, we are talking about providing the members of the "Resolute Support" Mission, conducted by NATO in Afghanistan and where Azerbaijan also participates, with the opportunity to use the territory of the country, including its land, air and water spaces, for the proper transportation of goods within the framework of this mission. Such an experience has existed since 2001. In order to provide these opportunities, requests for obtaining relevant flight permits from NATO Member States are considered on a bilateral basis. These appeals are considered by the Azerbaijani side based on appropriate rules and procedures, as well as the founding principles of partnership, including mutual respect for the sovereignty and territorial integrity of each other, and co-operation,” she said.


More about: AZerbaijan   US