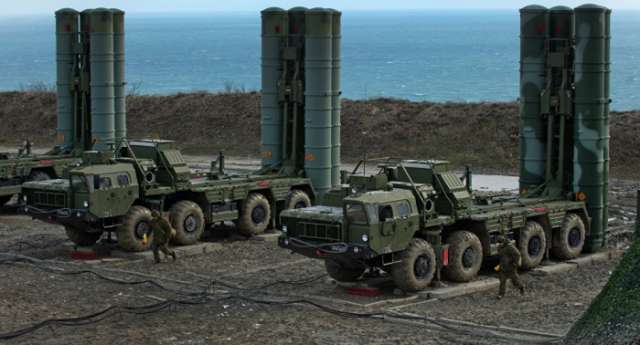 The US and Turkey will continue discussions on the issue of purchase of Russian S-400 air defense systems, US Deputy Assistant Secretary of Bureau of European and Eurasian Affairs George Kent told reporters in Baku on May 2, AzVision.az reports.

“The issue of announced Turkish purchase of S-400 from Russia [is] something that has been the issue the US officials have been discussing intensely,” he said. “The real challenge for us [is that] we see the S-400 as threat to integrated information systems. Turkey signed up as a part of co-production arrangement to buy S-400. Our leading military officials made clear [the] country cannot have both S-400 and F-35. US has made its position very [clear] and Turkey has made its position very clear.”

“We continue to have discussions with our ally Turkey, because we are allies in NATO, about the challenges that are posed by advanced system of S-400,” he added. “But Turks themselves have suggested that any scenarios about sending S-400 to third countries are unfounded. It is a serious issue that Turkey and the US so far have not agreed. But we will continue to discuss this issue.”

Meanwhile, US Secretary of State Michael Pompeo stated that the US believes that Turkey would not be able to have both US F-35 fighter-bombers and Russian S-400 anti-aircraft missile systems at the same time, as this is technically impossible. “According to Pentagon sources, it is not possible to launch the F-35 in the space where the S-400 is operated,” he said.