Chemicals in your shampoo could be doing you SERIOUS harm 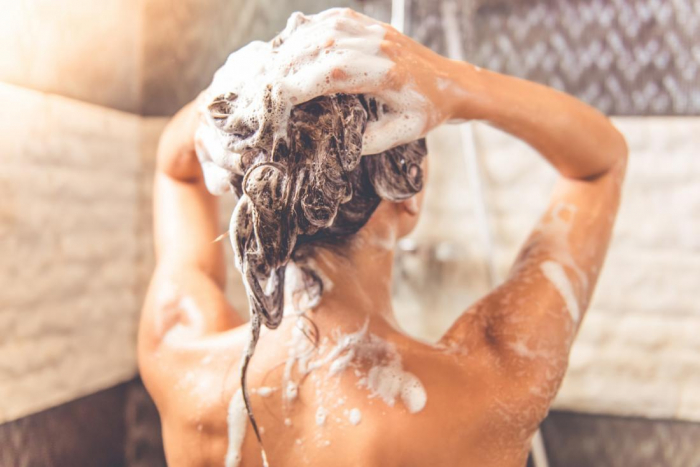 Exposure to chemicals found in shampoo, toys and floorboards may increase the risk of obesity, type 2 diabetes and heart disease, research suggests.

A study found people with higher levels of the gender-bending chemicals phthalates in their urine were more likely to be obese or diabetic.

They also had dangerous amounts of fat in their bloodstream and showed signs of liver damage, which can cause metabolic disorders.

However, experts have hit back at the research, carried out by the University of Novi Sad in Serbia, saying there is 'not enough evidence' to support its conclusions.

Phthalates are additives used during the manufacturing of plastic. They have been detected in numerous everyday products, such as bottled water and perfume.

Concerns over their safety are already mounting, with three phthalates already being banned in toys manufactured in the EU.

The chemicals have been linked to infertility, obesity and impaired development, however, studies have largely been carried out on rodents.

To better understand how the chemicals affect human wellbeing, the researchers measured phthalate levels in the urine of 305 people.

AST and ALT are enzymes that get released when the liver is damaged and are markers of liver disease.

Obese participants with high quantities of MEP in their urine also had greater levels of triglyercides in their blood.

Triglyercides are the most common form of fat in the body and come from the extra calories in food. High levels are associated with heart disease.

Like AST and ALT, GGT is an enzyme that rises when the liver is damaged.

Results further revealed the participants who were a healthy weight had lower levels of MEP, MEHP and cholesterol.

She said the results suggest phthalates cause 'toxic damage to the liver', as well as altering metabolism to increase the risk of obesity and diabetes.

Professor Stojanoska added: 'We need to inform people about the potential adverse effects of endocrine disruptors on their health.

And she called on scientists to look at ways to minimise human contact with the 'harmful chemicals'.

The study was presented at the European Society of Endocrinology annual meeting in Lyon.

But critics of the research have hit back.

Professor Rob Chilcott, a toxicologist at the University of Hertfordshire, said: 'The abstract simply does not provide sufficient information to support its conclusions.'

Professor Kevin McConway, emeritus professor of applied statistics at The Open University, added: 'It’s much too early to be concerned about this piece of research.'