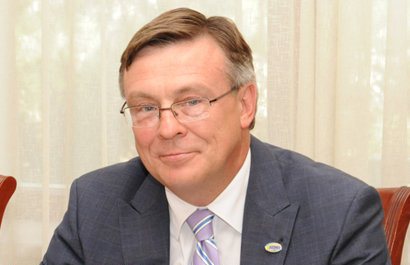 The OSCE Chairperson-in-Office, Foreign Minister of Ukraine Leonid Kozhara today welcomed the consensus reached by the OSCE participating States on the mandate of the OSCE field presence in Azerbaijan, OSCE said today.

"The adoption of the mandate for the OSCE Project Co-ordinator in Baku is an important step towards continuing mutually beneficial co-operation between the OSCE and the Republic of Azerbaijan aimed at implementing OSCE principles and commitments," said Kozhara. "The decision provides a positive co-operative response to the willingness of the Government of Azerbaijan to make further progress in this regard."

The Permanent Council today also decided to extend the mandate of the OSCE Office in Yerevan until 31 December 2014.