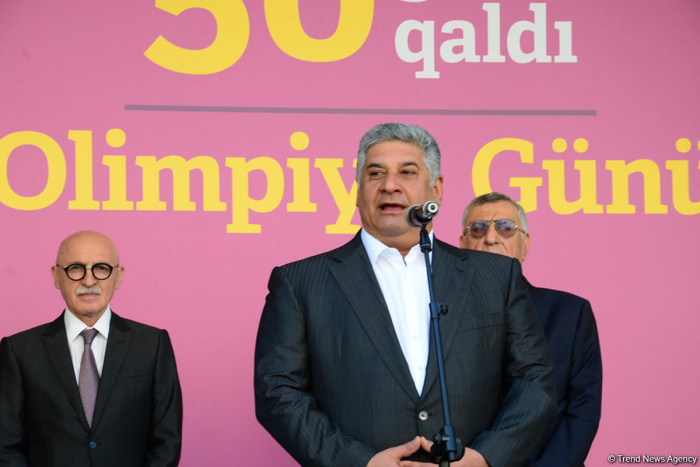 Rahimov made the remarks during an event dedicated to the 125th anniversary of the creation of the modern Olympic movement and the 15th European Youth Olympic Festival countdown.

The minister noted that, in 50 days, the strongest athletes among the youth will be competing in Baku.

"In time, most of them can become Olympic champions, world champions, and European champions. A very important factor is the participation of children at today's event, because, along with the technical and operational activities, we aim to promote sports among children and the youth, so that more and more children show interest in sports and lead a healthy lifestyle," he said.

Rahimov stressed that preparation for the competitions will be completed in 50 days.


Then the festival’s mascots were presented during the event - Jirtdan (a well-known Azerbaijani fairy tale character) and Leopard.

The 15th Summer European Youth Olympic Festival (EYOF) “Baku 2019” will be held on July 21-27. More than 3,600 athletes and technical delegations will arrive in Azerbaijan to participate in the competitions.

Some 2,500 volunteers will be involved at 12 sports facilities during the festival.