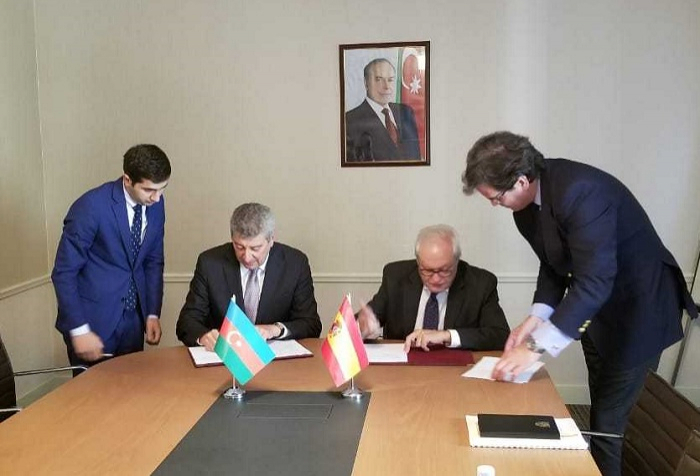 Political consultations were held between the Foreign Ministries of Azerbaijan and Spain in Baku, AzVision.az reports citing the press service of Azerbaijani MFA.

Expressing satisfaction with the political relations between Azerbaijan and Spain, Hasanov emphasized the importance of conducting political consultations on a regular basis and realizing high-level visits between the two countries in terms of the development of bilateral relations. He also noted that there is a great potential for cooperation in economic and humanitarian spheres, in particular, in tourism, education, energy, agriculture, alternative and renewable energy sectors.

Giving the detailed information about the Armenia-Azerbaijan Nagorno-Karabakh conflict, Ramiz Hasanov emphasized the importance of increasing the efforts of the OSCE Minsk Group and the international community to resolve the conflict peacefully through the norms and principles of international law within the internationally recognized borders of Azerbaijan. He also added that Armenia's non-constructive position seriously undermines the negotiation process.

Fernando Martin Valenzuela Marzo expressed satisfaction with the level of political relations existing between the two countries and noted that Spanish companies have wide opportunities to increase their activity in Azerbaijan. Fernando Martin Valenzuela Marzo noted that his country is a reliable partner for Azerbaijan both in bilateral and international organizations.

The sides also exchanged views on other bilateral and international issues of mutual interest.

At the end of the meeting, the parties signed a Memorandum of Understanding.