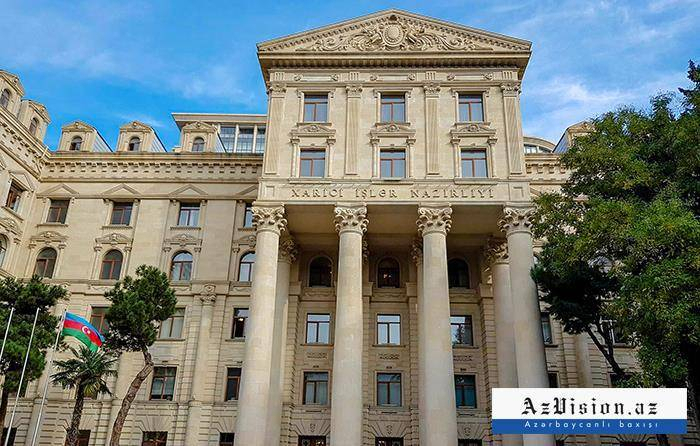 “The Azerbaijani Ministry of Foreign Affairs welcomes the decision of the administrative court of Grenoble of France dated June 6, 2019, on the abolition of the illegal "treaties" signed between the Drome department and the so-called separatist regime in the occupied Nagorno-Karabakh region of Azerbaijan, as well as among Bourg-lés-Valence, Valence and Bourg-de-Péage communes of France and the "local authorities” established by the so-called regime in the occupied Shusha, Khankendi and Khojavand cities of Azerbaijan,” reads the document.

“As in the decision of the administrative court of Cergy-Pontoise, the ruling of the Grenoble administrative court invalidates the illegal documents signed between the local self-governing bodies of France with the so-called "administrative regions" in the occupied territories of Azerbaijan, in violation of French legislation and international obligations of France,” the statement reads.

“These decisions are yet another manifestation of rule of law and the importance of fulfillment of international commitments,” said the ministry. “Any illegal activity, including the promotion of illegal regimes, is doomed to failure. Directing our efforts towards the settlement of the conflict in the framework of international law and in accordance with the requirements of the international community can lead to sustainable peace and development in the region and a common victory for all and everyone.”