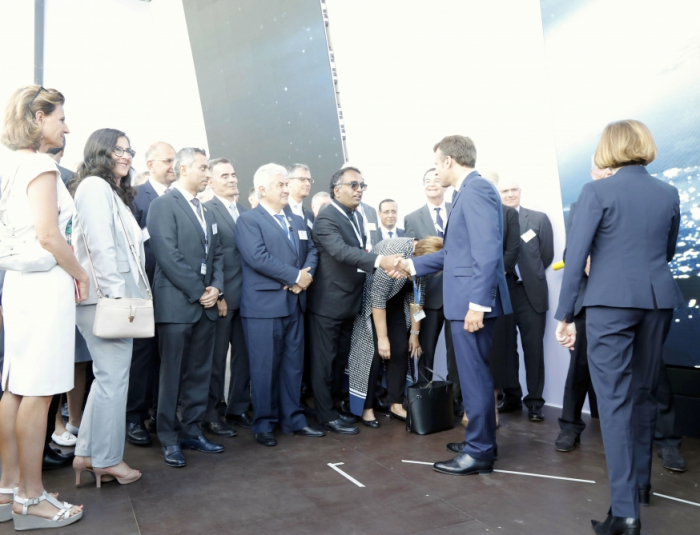 Azercosmos Open Joint Stock Company (OJSC) has joined the Space Climate Observatory (SCO) initiative in an official ceremony on the sidelines of the 53rd International Paris Air Show held at the Exhibition Center of Le Bourget, a few kilometers North of Paris.

The joint declaration was signed by a total of 21 parties, including the United Nations Committee on the Peaceful Uses of Outer Space, the European Space Agency (ESA), Austria, Brazil, China, Great Britain, Israel, India and other countries, in the presence of French President Emmanuel Macron.

The declaration stipulates that members of the SCO share data from various sources, including satellites, to observe and monitor the effects of climate change.

The SCO is an international initiative set in 2017 by France on the eve of the One Planet Summit, the SCO brings together space agencies from Europe, China, India, Israel, Russia, Mexico, Morocco and the United Arab Emirates, as well as the United Nations Office for Outer Space Affairs (UNOOSA). It aims to combine satellite and field data with scientific research to model and track climate change and its impacts at global-to-local scales. It is also working to establish indicators and decision-support tools, including with social and economic sciences.