Morning people may have a lower risk of breast cancer, says study 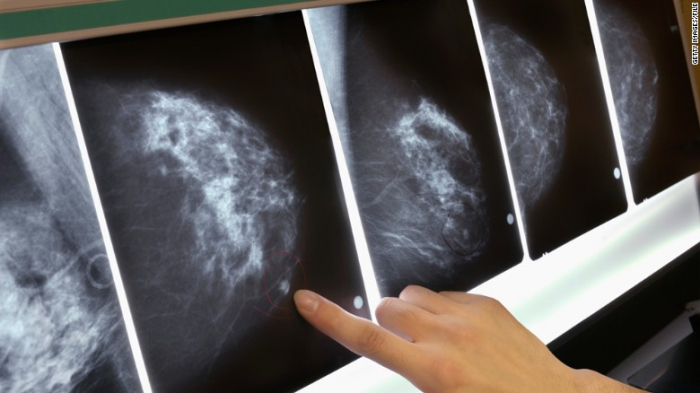 Sleep traits could be a risk factor for breast cancer, new research suggests. Women who said they preferred to get out of bed early were found to have a lower risk of breast cancer than those who stay up late.

However, experts cautioned that other breast cancer risk factors such as alcohol consumption and being overweight have a greater impact than sleep and said there was no reason to change your sleep patterns.

The study also found that sleeping more than the average seven to eight hours per night was found to have a slightly increased risk of breast cancer. It also found there was little link with insomnia.

Researchers used information from more than 400,000 women in two large data banks -- around 180,000 women from UK Biobank study and more than 220,000 women from the Breast Cancer Association Consortium study. Participants' preference for waking early or late was included in the data.

"It is important to note that these data do not suggest in any way that modifying sleep habits could eventually lead to a decrease in the risk of breast cancer," Luca Magnani, senior research fellow in the department of Surgery & Cancer at Imperial College London told the Science Media Centre.

"What they suggest is that it appears that the risk of breast cancer is associated with a genetic (thus not modifiable) trait that is in itself associated with a "morning" or "night" preference -- what we call 'larks' and 'owls'."

According to 2016 figures from the charity Cancer Research UK, breast cancer is the most common type of cancer in the UK. In the US, the American Cancer Society estimates that more than 260,000 cases of invasive breast cancer will be diagnosed in women in 2019.

Dr. Dipender Gill, a Wellcome Trust clinical research fellow at Imperial College London, said the paper is a "useful progress in the field." The study findings add to previous research suggesting a link between sleep-related behaviors and risk of negative health outcomes, he said in an email to CNN.

"It may be that certain factors that affect sleep-related behaviors also affect breast cancer risk through a separate mechanism," explained Gill.

In this case, improving sleeping patterns would not necessarily reduce the risk of breast cancer, he said. "There is still some way to go before we fully understand the implications of sleeping patterns on health."

Co-author Caroline Relton, professor of epigenetic epidemiology at the University of Bristol, in the UK, said that sleep had systemic and far-reaching consequences on people's health.

"The message is that perhaps people don't fully appreciate that sleep is really important and does have health benefits beyond not feeling physically tired and being cognitively alert and so forth," said Relton, who is also director of the Bristol Population Health Science Institute.

"The main lifestyle risk factors that we know are clearly associated with breast cancer are alcohol intake and obesity or high Body Mass Index," said Relton.

"Sleep is likely to be an important risk factor for breast cancer, but it isn't as large as other well-established risk factors like BMI or alcohol," said lead author Dr. Rebecca Richmond, last year. Richmond is currently a research fellow at the MRC Integrative Epidemiology Unit at the University of Bristol.

Our genes are now known to influence whether we're early risers or not and our "chronotype" -- or time of day preference -- affects not only your sleep patterns but your hormone levels and core body temperature. However, it's not entirely innate. Lifestyle factors, including diet, daily activities and exposure to artificial light, influence your chronotype.

In an editorial linked to the study, Eva Schernhammer, a professor from the University of Vienna said the findings identified "a need for future research exploring how the stresses on our biological clock can be reduced."

It's the people with the biggest mismatch between their chronotype and daily activities that are most at risk, she said.

Schernhammer cited observational studies that suggested that unlike night owls, early risers that work night shifts have an increased risk of type 2 diabetes. This provided "additional support for the biological importance of circadian misalignment," she said.