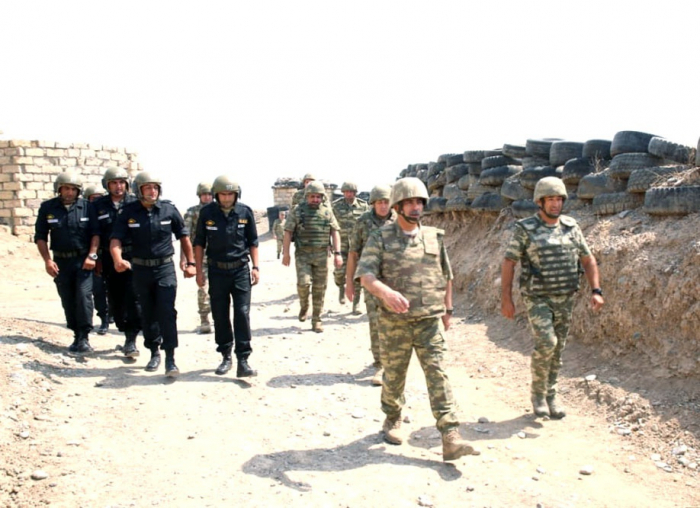 Upon the instructions of Azerbaijani President, Supreme Commander-in-Chief of the Armed Forces Ilham Aliyev, the country’s Defense Minister, Colonel General Zakir Hasanov and the ministry’s leadership visited the frontline zone to check the combat readiness of military units.

During the meeting with personnel who is on combat duty, the defense minister was informed about the operational situation.

Minister Hasanov checked the level of combat readiness of the units and observed the foremost positions of the enemy.

The minister evaluated the situation on the line of contact of the troops, conveyed to the military personnel the demands of the Supreme Commander-in-Chief and the tasks to be fulfilled. 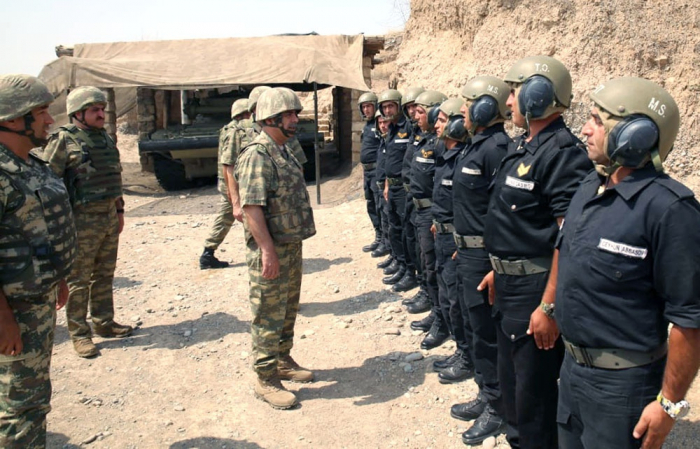 The defense minister highly appreciated the combat capability, logistics, and the supplying units with ammunition, weapons, and military equipment, as well as moral-psychological training of military personnel.

In the end, the minister talked to the military personnel at the tea table. 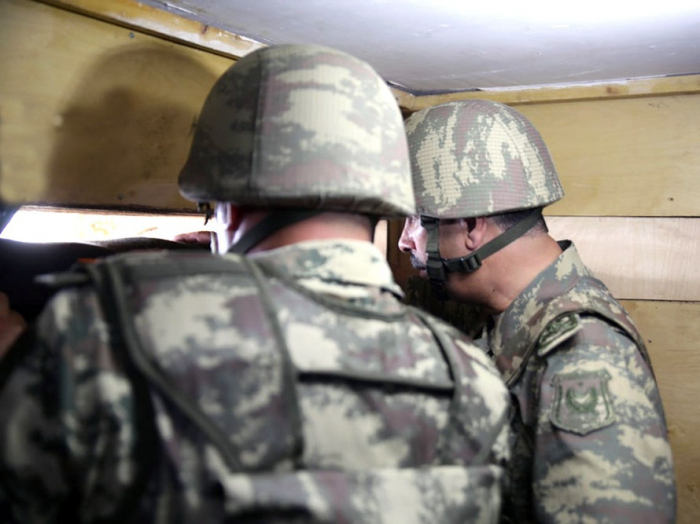 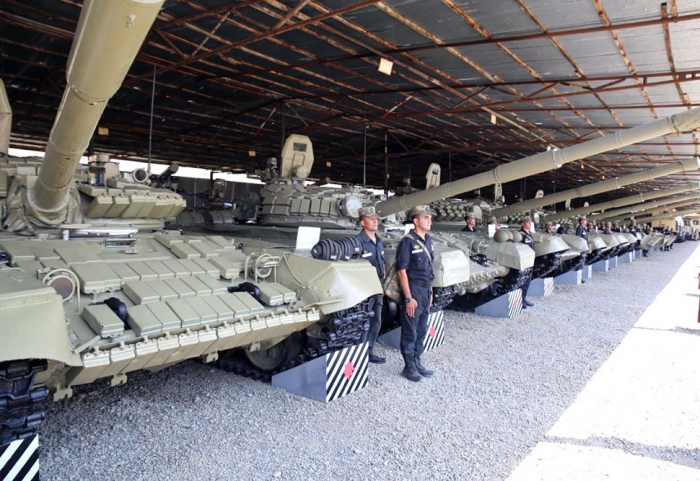 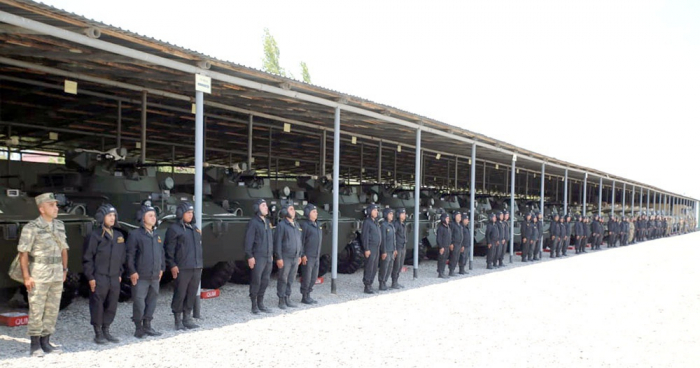 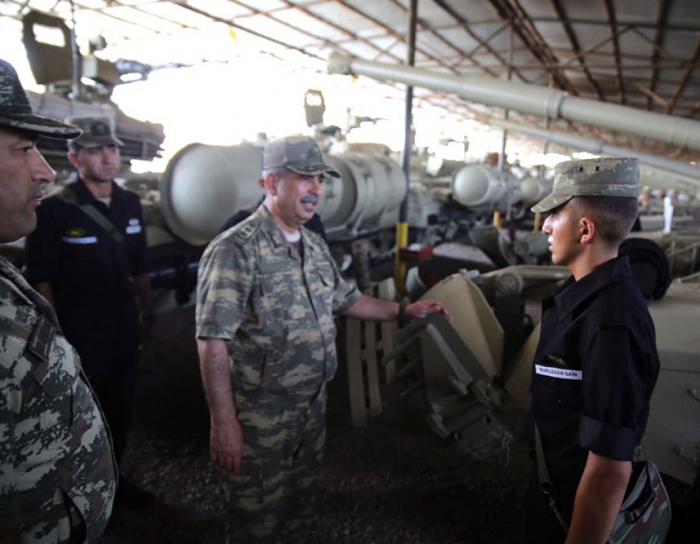 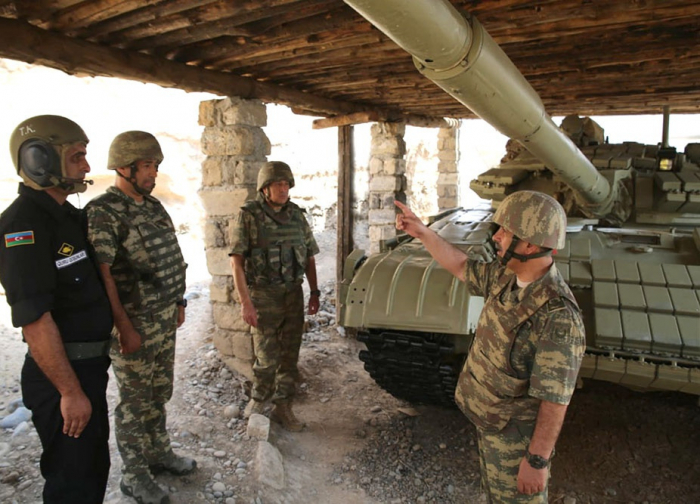 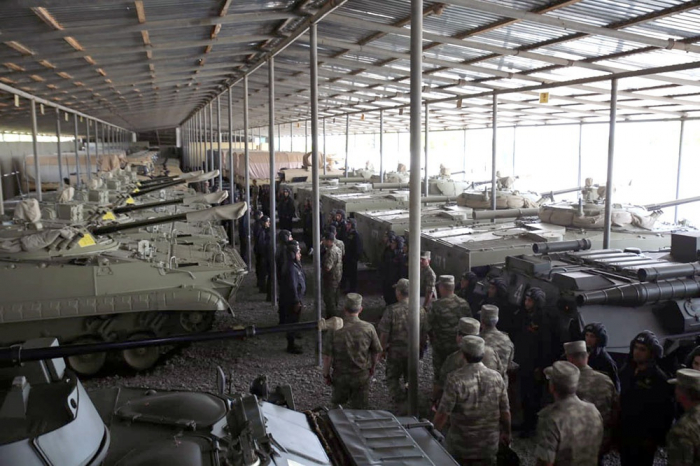 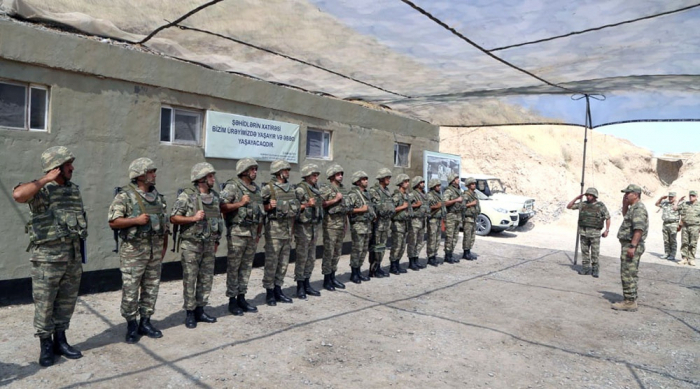