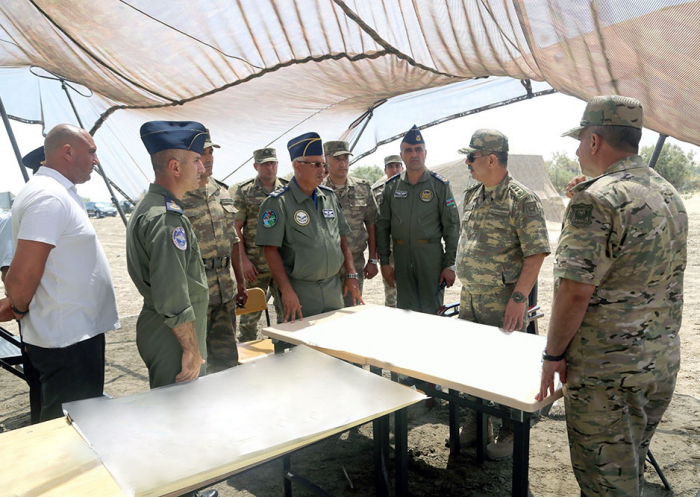 The leadership of the Azerbaijani Ministry of Defense and a group consisting of representatives of the corresponding structures and services visited the Operation Headquarters created to investigate the causes of the aircraft crash and to take the necessary steps, the Defense Ministry reported on Thursday.

An official meeting was held by Minister of Defense, Colonel General Zakir Hasanov. The minister gave the corresponding instructions to continue interaction with other state agencies.

On July 24 at 22:00 (GMT +4), MIG-29 plane of the Azerbaijani Air Force crashed during training flights and fell into the Caspian Sea.

During the night training flights, the connection with the MIG-29 plane was suddenly lost, and it disappeared from the radars.

According to the preliminary version, as a result of the crash, the military plane fell into the Caspian Sea.

Immediate measures are being taken to find and rescue the pilot of the plane.

A commission established on the instructions of the defense minister is investigating the causes of the crash.