Azerbaijan to be represented at thirteenth International Folklore Festival in Hungary 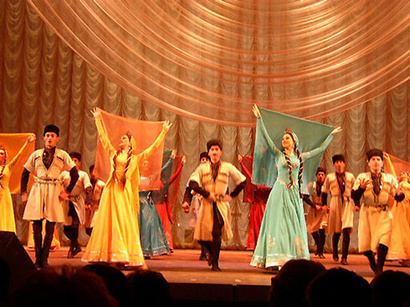 The thirteenth International Folk Festival will be held in the Hungarian city of Gyongyos - the twin city of Shusha on August 5-11.
Music and dance groups from Serbia, Brazil, Georgia, Panama, Poland, Greece, Indonesia, Colombia, China and France will perform at the event this year, the Azerbaijani Embassy in Hungary told Trend today.

Shusha`s music and dance ensemble will represent Azerbaijan at the festival at the invitation of Gyongyos`s City Hall. Besides participation in the festival, members of the group consisting of 25 people, plan to organize the concerts in Gyongyos and Budapest.

"Azerbaijan`s event" with their participation will be held in Gyongyos on August 10.

The twin cities - Shusha and Gyongyos are planning to hold several cultural events during the year.