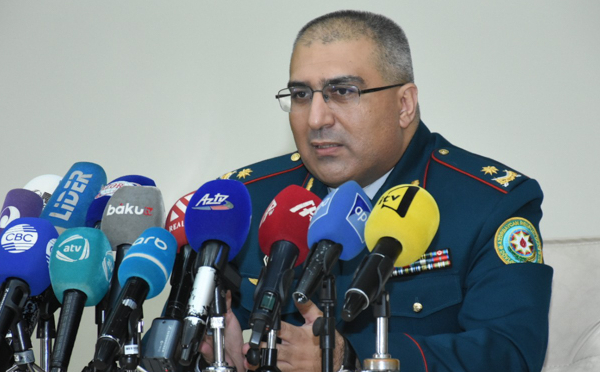 A border guard system is being built on the border between Azerbaijan and Armenia and Armenia is alarmed by it, said Chief of Staff of the State Border Service (SBS) of Azerbaijan, Major General Elchin Ibrahimov.

According to him, the State Border Service is duly responding to enemy provocations in Gazakh and Aghstafa districts bordering with Armenia.

Ibrahimov also noted that as a result of the measures taken by the State Border Service for detecting reconnaissance and subversive activities, 18 people recruited by foreign intelligence agencies were exposed, and 86 Azerbaijani citizens and 24 foreign citizens suspected of having connections with said institutions were identified.

As part of the fight against terrorism, 91 people were detained and the identities of 388 people were established.