Border crossing procedure on Baku-Nakhchivan-Baku route to be simplified 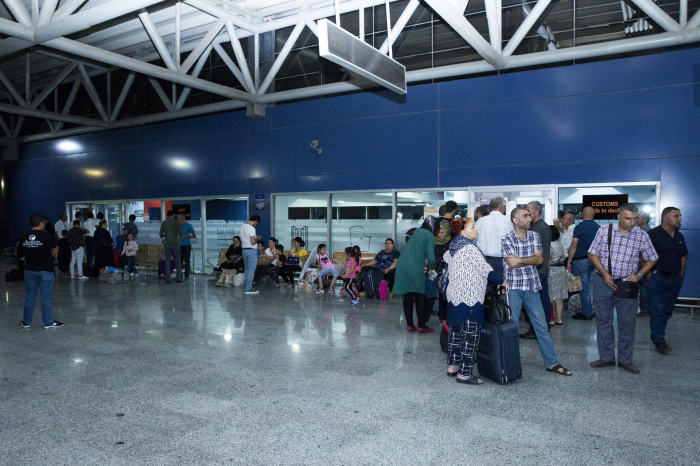 Hand luggage and baggage of passengers travelling from Baku to Azerbaijan’s Nakhchivan Autonomous Republic and back through Iran will not be re-checked at the customs checkpoints, AzVision.az reports on Aug. 20 referring to the committee.

According to the order of chairman of the Azerbaijani State Customs Committee Safar Mehdiyev, customs control has been carried out in the customs control zone at the Baku International Bus Terminal Complex for the convenience of passengers since Aug. 19.

For this purpose, the necessary equipment was installed in the Baku International Bus Terminal Complex and customs officers were involved in the pilot project.

Earlier, when crossing the border, the buses were checked four times at the customs checkpoints in both countries. As a result, passengers lost time and felt great inconvenience.

However, Mehdiyev has repeatedly discussed this topic with the chairman of the Iranian customs service during the meetings in Baku and Nakhchivan for the last year.

At the same time, the State Road Transport Service under the Azerbaijani Ministry of Transport, Communications and High Technologies has repeatedly raised this issue by interacting with the Iranian corresponding structures.

As a result, an agreement was reached at the meeting of the Azerbaijani-Iranian joint commission on international transportation issues on August 13, 2019 to change the procedure for checking baggage in the buses travelling along the Baku-Nakhchivan-Baku route.

According to the new rules, hand luggage and baggage will be provided with special numbers and seals by the Azerbaijani side. The Azerbaijani side guarantees that there is nothing prohibited in the luggage compartments of buses to be imported to Iran. The buses will not be re-checked at the Iranian customs checkpoints thanks to this innovation.

A similar customs control procedure was also organized at the Nakhchivan bus terminal for passengers travelling from Nakhchivan to Baku.

Presently, the State Customs Committee, together with the State Road Transport Service under the Ministry of Transport, Communications and High Technologies, are working to implement the project covering the buses travelling to Turkey, Georgia and Russia.