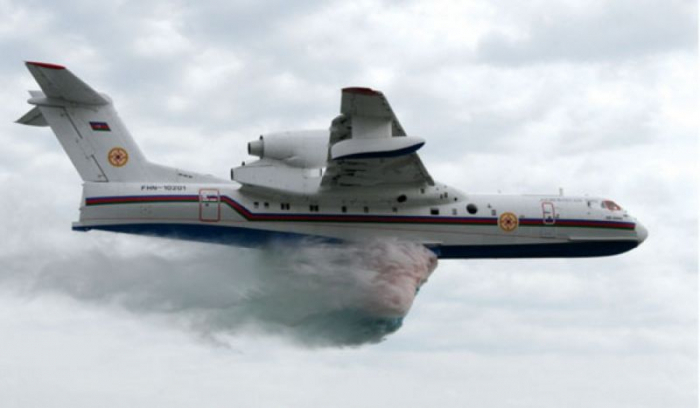 An amphibian plane BE-200 CS of Aviation team of Azerbaijani Ministry of Emergency Situations is involved in extinguishing the fire in the mountainous area of Hirkan National Park, the Ministry told reporters.

Note that two helicopters of the Aviation Team of the Ministry of Emergency Situations of Azerbaijan have already been involved in extinguishing the fire.

On August 20, “112” Call Center of the Ministry received information on the fire occurred in the Hirkan National Park nearby Yukhary Tangivan village of Lankaran at 2 p.m. Dry grass, bushes, and trees are burning in the mountainous area.

Helicopters of the Aviation Team of the Ministry of Emergency Situations of Azerbaijan, Fire units of the State Fire Control Department, personnel of Civil Defense Troops and South Regional Center, employees of the Forestry Development Department of the Ministry of Ecology and Natural Resources, and local residents have been involved in the site.