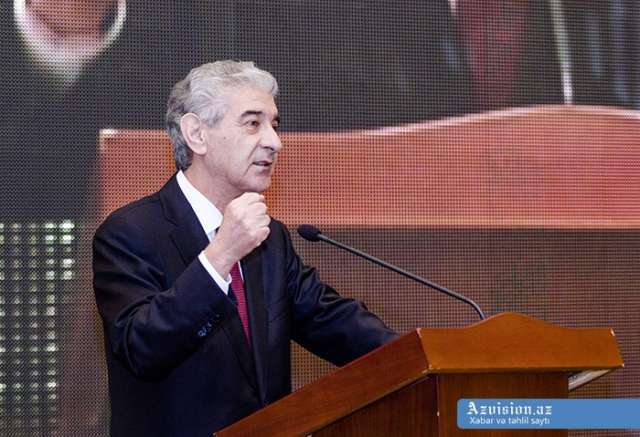 Azerbaijan has never been so strong, powerful, majestic and modern as it is now, Azerbaijani Deputy Prime Minister, Deputy Chairman and Executive Secretary of the ruling New Azerbaijan Party Ali Ahmadov said.

Ahmadov made the remarks in Baku at the conference entitled "Azerbaijan’s Contribution to Intercultural Dialogue".

“As Azerbaijani President Ilham Aliyev has reiterated, Azerbaijan maintains stability in the turbulent world,” Ahmadov added, AzVision.az reports. “This is one of the most instructive moments of Azerbaijani reality.”

He stressed that Azerbaijan is undergoing a period of development.

"Our country is one of the most successful among the modern countries. This is also caused by favorable processes within the country,” Ahmadov said. "Our country has sufficient authority in the world community. Being not only a spectator of the current processes in the world, Azerbaijan is also a participant and leader in these events. The conducting of international events in Azerbaijan is a contribution to the common cause of the world community.”


“Azerbaijan continues to render great assistance to the dialogue between civilizations and cultures,” he added.

“Multiculturalism has become an important value in Azerbaijan’s public life and this value is greatly promoted by the Azerbaijani side worldwide,” Ahmadov said. “In particular, when tough clashes between civilizations and cultures disturbing us occur now, propaganda of the ideas of multiculturalism is of particular importance. The world community and international organizations unequivocally recognize that Azerbaijan attaches great importance to the dialogue between civilizations and makes a great contribution to this process.”

Ahmadov added that the Heydar Aliyev Foundation renders great support to Azerbaijan’s activity in this sphere.

“The Heydar Aliyev Foundation played an important role in putting forward the initial initiative for a dialogue between civilizations and cultures to be organized in Azerbaijan today and for Azerbaijan to contribute to this process,” he said.