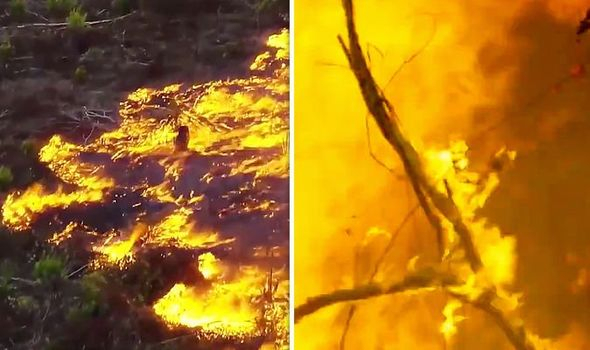 The Amazon – the largest rainforest on the planet – has been ravaged by wildfires burning at a record rate for several weeks. Brazil's President Bolsonaro, who has come under international criticism for his Amazon policies, blames the fires on climate campaigners, Sputnik reported.

Ireland has threatened to block the Mercosur trade deal between the EU and South American countries if Brazil does not take steps to protect the burning Amazon rainforest.

“There is no way that Ireland will vote for the EU-Mercosur free trade agreement if Brazil does not honour its environmental commitments,” Taoiseach (Prime Minister) Leo Varadkar said in a statement on Thursday.

Mercosur is the trade bloc of four Latin American economies – Argentina, Paraguay, Brazil, and Uruguay – which unites 250 million people and accounts for over 75 per cent of the cumulative GDP in South America.

Brazil's space agency reported this week, citing satellite data, that the Amazon has seen 73,000 fires so far this year, the highest since records began in 2013. It represented a 84 per cent increase from the same period in 2018.

President Bolsonaro, who sacked the head of the agency last month amid differences over its deforestation data, blamed the fires on environmental groups of setting fires in a bid to embarrass the government.

Leo Varadkar branded this accusations “Orwellian”, saying he was “very concerned that this year has seen record levels of destruction of Amazonian forests by fire.”