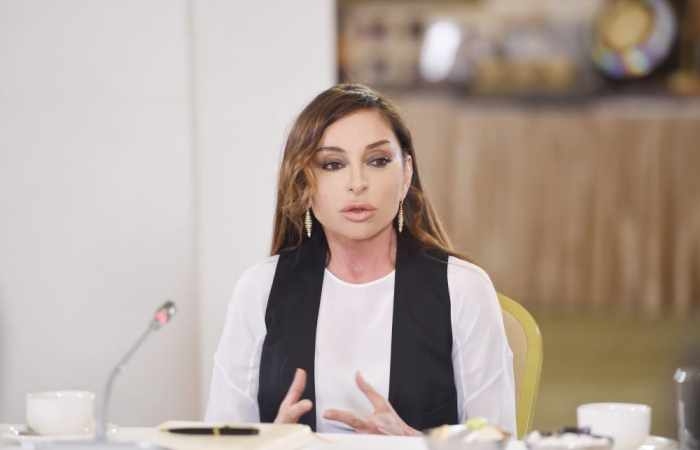 “As Azerbaijan’s First Vice-President Mehriban Aliyeva underlined during her recent visit to France, there is still untapped potential,” Bouchez said.

She noted that Mehriban Aliyeva advocated for further increase in the already excellent cooperation between France and Azerbaijan in the field of education and culture.

“The first vice-president has been active for many years in the field of education and culture, also through her presidency of the Heydar Aliyev Foundation, and she has met great success in these fields,” Bouchez added. “There have been real new steps achieved following the successful visit of Mehriban Aliyeva to Paris. She had meetings in Paris with high-level French authorities as French prime minister, ministers of economy and culture. These meetings contributed to holding two major exhibitions in Baku in July. The first one was “Azerbaijan Heritage in Louvre Museum” and the second one was “10 years of French-Azerbaijani archaeological excavations”, which showcases the results of the archeological excavations conducted by French-Azerbaijani teams who have been working for ten years in various places of Azerbaijan. It shows how ancient settlements and civilizations in the South Caucasus are.”

“Of course we intend to do even more in the coming months,” the French ambassador said. “We have in mind an exhibition at the Heydar Aliyev Center of the famous French photographer, Robert Doisneau. We have many other projects. We witnessed important new steps in July, and we hope to see even more in the next months and next years.”

“We just had the visit of a huge French delegation led by the President of the MEDEF in Baku which was comprised of 70 CEOs from 12 different sectors of the economy,” she noted. “I hope this visit will contribute to a further increase in the economic cooperation between our two countries, taking advantage of the economic diversification launched by President Ilham Aliyev. Indeed, the first vice-president provided us with inspiration through her visit to Paris.”