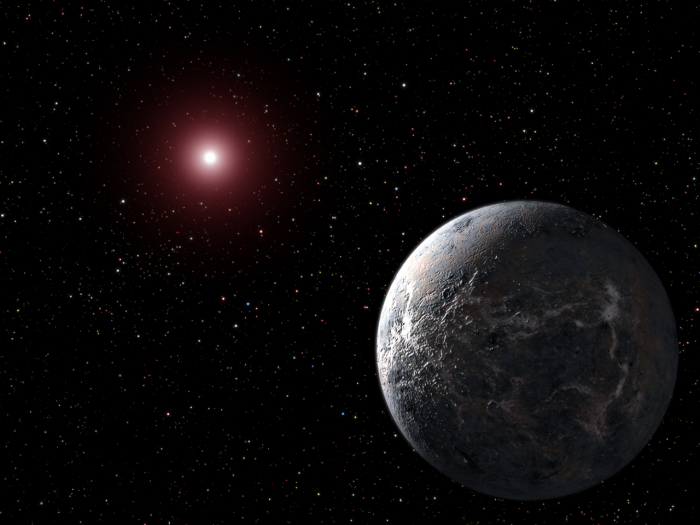 Does the “habitable zone” need a mini-makeover?

Yesterday, astronomers at UCL announced that they had detected water vapor in the atmosphere of a “super-Earth” called K2-18b, which has habitable temperatures. However, it’s a “super-Earth” about six times bigger than Earth.

Astronomers know that planets with atmospheres–including Earth-sized planets and super-Earths–can support liquid water on their surfaces, but what about small planets?

A new paper by Harvard University researchers suggests that the current search area for life in the Universe is way too small. Should astronomers be looking at the small planets that have so far been overlooked? 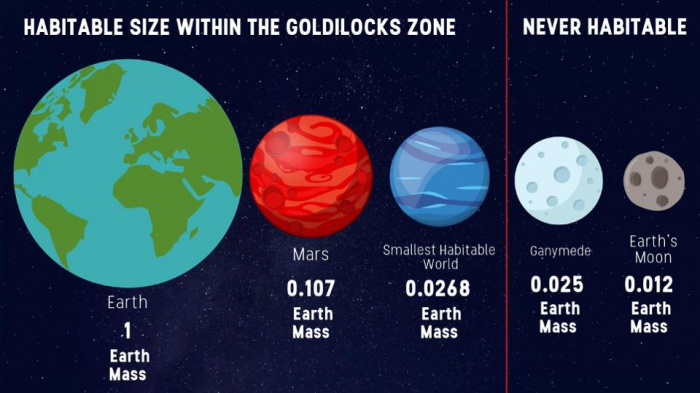 This illustration shows a lower bound for habitability in terms of planet mass. If an object is smaller than 2.7 percent the mass of Earth, its atmosphere will escape before it ever has the chance to develop surface liquid water. ILLUSTRATION COURTESY OF HARVARD SEAS

In essence, they’re trying to extend the habitable zone, which refers to the distance from its star a planet needs to be for liquid water to exist on its surface. Too close to its star, and the planet will be too hot and the water boil away. Too far, and any water will freeze. It’s for these reasons that this range of orbits around a star is also called the “Goldilocks zone.”

However, the retention of water also relies on the atmospheric pressure on any given planet.

So are we missing something about the habitable zone? Should we be looking for low-mass waterworlds?

"When people think about the inner and outer edges of the habitable zone, they tend to only think about it spatially, meaning how close the planet is to the star," says Constantin Arnscheidt, A.B. '18, first author of the paper ‘Atmospheric Evolution on Low-gravity Waterworlds’. "But actually, there are many other variables to habitability, including mass. Setting a lower bound for habitability in terms of planet size gives us an important constraint in our ongoing hunt for habitable exoplanets and exomoons."

Published in the Astrophysical Journal, the paper describes a new, lower size limit for planets to maintain surface liquid water for long periods of time, extending the habitable zone for small, low-gravity planets.

The habitable zone and stars

Stars that are smaller, cooler and lower mass than our Sun have a habitable zone much closer than larger, hotter stars. So astronomers tweak the size of the habitable zone depending on whether they’re looking for life on planets around a red dwarf, the coolest kind of star (and easily the most numerous type of star in our galaxy), or a hot blue star. 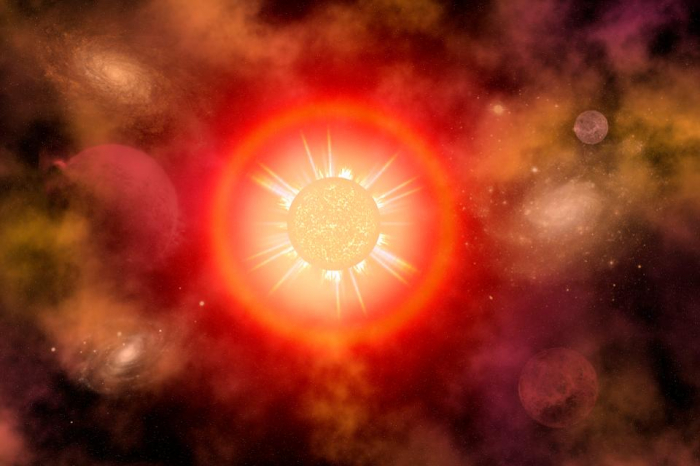 Conceptual View Of A Red Dwarf Star In A Distant Part Of Our Galaxy. (Photo by: Education Images/Universal Images Group via Getty Images)

The habitable zone and the evolution of life

The habitable zone can change with time, of course. Planets are considered to be habitable if they can maintain surface liquid water long enough to allow for the evolution of life. Astronomers judge that to be around one billion years.

The habitable zone and the greenhouse effect

The inner-edge of the habitable zone is defined by how close a planet can be to a star before a runaway greenhouse effect leads to the evaporation of all the surface water as its oceans turn to steam in the atmosphere.

However, Arnscheidt and his colleagues say that this doesn't apply to small, low gravity planets. Why not? Small planets’ atmospheres expand outward as the planet warms, becoming larger relative to the size of the planet. A large atmosphere increases both the absorption and radiation of heat, allowing the planet to better maintain a stable temperature.

In short, a runaway greenhouse effect is prevented by atmospheric expansion on low-gravity planets, so liquid water can exist on their surface even while orbiting closer to their host star.

So far astronomers have discounted tiny planets in favor of Earth 2.0's and super-Earths in their hunt for waterworlds.

The habitable zone and mass

However, there is a critical size below which a planet cannot be habitable because they lose their atmospheres altogether and the liquid surface water either freezes or vaporizes. The researchers found that the critical size is about 2.7 percent the mass of Earth. If it’s smaller its atmosphere will escape before it ever has the chance to develop surface liquid water.

The habitable zone and low-mass waterworlds

"Low-mass waterworlds are a fascinating possibility in the search for life, and this paper shows just how different their behaviour is likely to be compared to that of Earth-like planets," says Robin Wordsworth, Associate Professor of Environmental Science and Engineering at SEAS and senior author of the study. "Once observations for this class of objects become possible, it's going to be exciting to try to test these predictions directly."

So there you have it: the habitable zone is not just a distance in space. It’s also related to planet size. Something else for the to-do-list of the James Webb Space Telescope, which is due to launch in 2021.