Iran-Russia-Turkey Trilateral Summit due in Ankara 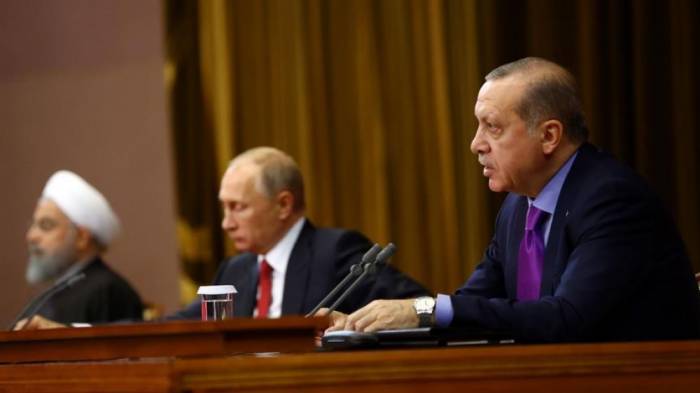 The presidents of Iran, Russia, and Turkey to hold another round of their trilateral meetings on the political resolution of the Syrian crisis in Ankara.

The fifth trilateral summit of the three countries, which are guarantor states for Syrian peace, is slated to be held in the Turkish capital of Ankara next week.

The latest developments in Syria’s Idlib, Manbij and the east of Euphrates are among the topics due to be discussed at the summit.
The US-Turkish agreement on the creation of a safe zone in northern Syria, the political situation in Syria, the process of creating a new constitution, and humanitarian aid in recent months will also be raised in the meeting.

On the sidelines of the summit, bilateral meetings will also take place between the Russian, Turkish and Iranian presidents. The sixth summit of the three countries on Syria is planned to be held in the Iranian capital of Tehran.

Iran, Russia and Turkey are guarantor countries that brokered a ceasefire in Syria in December 2016, leading to the Astana talks, which are running parallel to the Geneva peace talks.

The leaders of the three countries regularly meet for an assessment of the process which focused on Idlib and adjacent areas - the last stronghold of the rebels - and a political process which awaits the formation of a constitutional committee.