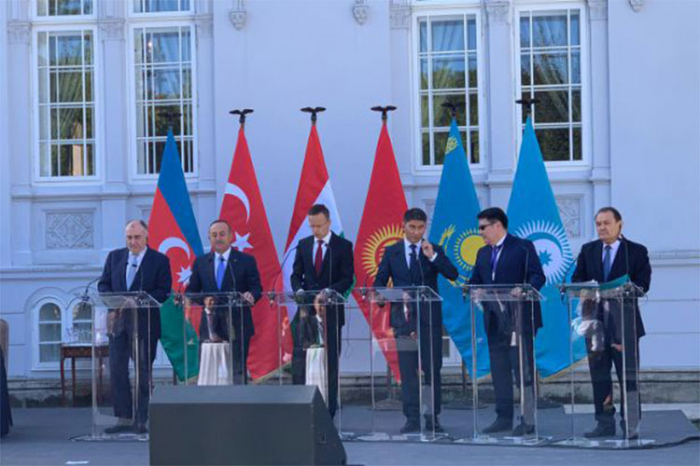 The opening ceremony of the Turkic Speaking Countries Cooperation Council (Turkic Council) in its Budapest office has been held, Azvision.az reports.

The foreign ministers of the members of the Turkic Council, Turkey, Azerbaijan, Kazakhstan, Kyrgyzstan, as well as the observer member, Hungary have attended the ceremony.

The organization was established in accordance with the Nakhchivan Agreement signed by heads of Turkic speaking states in the Summit held in Nakhchivan on October 3, 2009. Azerbaijan, Kazakhstan, Kyrgyzstan, and Turkey are founding member states of the organization. Uzbekistan has recently decided to become a member of Cooperation Council of Turkic-Speaking (Turkic Council) States. Turkmenistan intends to become a member of the Turkic Council as an observer.

Note that VII Summit of the Cooperation Council of Turkic Speaking States will be held on October 14-15 in Baku.