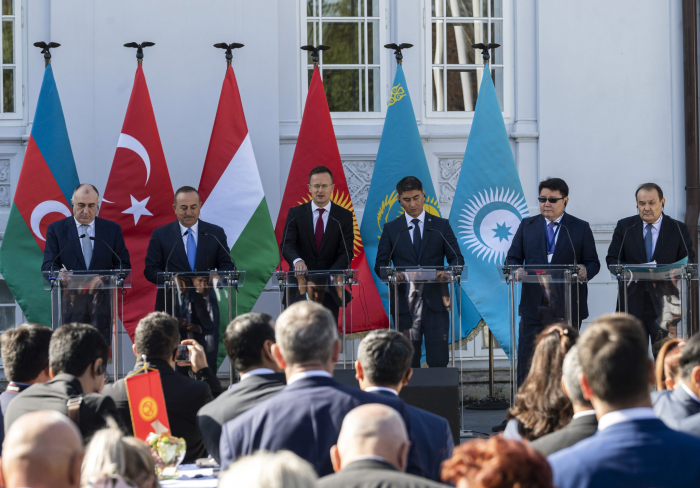 The 10th Extraordinary Meeting of Council of Foreign Ministers (CFM) of the Cooperation Council of Turkic-speaking States (Turkic Council) was hosted by Péter Szijjártó, Minister of Foreign Affairs and Trade of Hungary, on September 19, 2019 at the premises of the Representation Office of the Turkic Council in Hungary, AzVision.az reports with reference to the press office of Turkic Council.

Ministers discussed the ongoing preparations of the upcoming Presidential Summit of the Turkic Council to be held on 15 October 2019 in Baku. Ministers warmly welcomed Uzbekistan’s recent accession to the Turkic Council. They considered the issues of Turkic Council’s vision of 2025, as well as the application of Hungary to obtain Observer Status at the Turkic Culture and Heritage Foundation.

Péter Szijjártó, Minister of Foreign Affairs and Trade of Hungary introduced Ambassador Janos Hovari, famous Turkologist and former Ambassador of Hungary to Turkey, to the CFM and expressed his nomination as the Executive Director of the Office.

Following the CFM Meeting, the opening ceremony of the Office was conducted with the participation of over 200 guests from the Member States, Hungary and the diplomatic community in Budapest. At the ceremony, the Memorandum of Understanding (MoU) on the Establishment of the Representation Office was signed by the Ministers of Foreign Affairs of the Member States and Hungary. Ministers and the Secretary-General delivered speeches on the significant role of the Office for greater cooperation among the Turkic Speaking Countries. Ministers and the Secretary General cut the ribbon symbolizing the operationalization of the Representation Office of the Turkic Council in Hungary. The event also has attracted a wide coverage of the media outlets from Hungary and the Member States.

The Ministers and the Secretary General attended the official lunch hosted by Minister Szijjártó at the Ministry of Foreign Affairs and Trade of Hungary.

Secretary-General was accompanied by two Deputy Secretaries and the Project Directors.