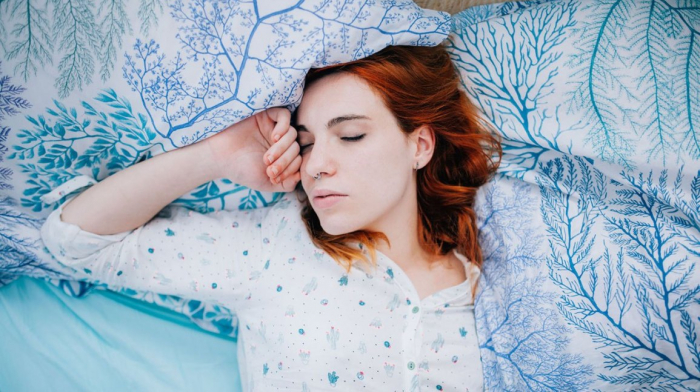 Brain cells work to actively forget memories during a specific phase of sleep. That's according to scientists, who hope their research could help to deepen people's understanding of Alzheimer's disease.

When you sleep, your brains clear out the memories you've made while you're awake, deciding what to keep and what to discard. Forgetting is an active process, explained the authors of the study published in the journal Science. But less is known about this process during the different phases of sleep.

The team found that during the rapid eye movement (REM) sleep phase—or active sleep when you are thought to dream—special nerve cells appear to actively contribute to forgetting. What are known as melanin-concentrating hormone-producing (MCH) neurons sit in the hypothalamus: a part of the brain which helps with a range of functions such as sleep, appetite, and emotions. Past research has suggested these cells help to control REM sleep patterns: activating the MCH neurons increasing time spent in this phase, while inhibiting them reducing transitions into this phase.

The team looked at MCH cells in mice, and found 52.8 percent were active during REM sleep, compared with 35 percent when the mice were awake.

They also turned MCH neurons on and off during memory tests. MCH cells appeared to send messages to the hippocampus to stop the formation of memories.

Study co-author Thomas Kilduff, director of the Center for Neuroscience at SRI International, told Newsweek the team was surprised to find that mice performed better on learning and memory tasks when the MCH cells were inhibited.

Asked what motivated the study, Kilduff said: "There is a lot of research interest in the neural bases of learning and memory. There is research controversy about the role of sleep in learning and memory, specifically, whether REM sleep, Slow Wave Sleep or both types of sleep are important for memory consolidation."

Recent research in animals with Alzheimer's disease suggests that disrupted sleep may make beta-amyloid, a protein linked to the neurodegenerative condition, build up quicker in the brain "and conversely, that enhancing sleep may slow this process," Kilduff said.

Asked whether the study explained why we forget our dreams, Kilduff said: "We can't ask our experimental subjects [mice] about their dreams. However, we and others have shown that most MCH neurons are only active during REM sleep, which is when most dreams are reported in humans.

"Since we have shown that activation of MCH neurons interferes with memory consolidation, activation of this neural circuit during REM sleep may indeed make it more difficult to remember our dreams," he said.

Kilduff acknowledged the study was limited because it was conducted on lab rodents, not humans. Also, mice are nocturnal, with periods of sleeping and being awake distributed throughout the day and night, whereas most humans have a single consolidated sleep period that usually occurs at night, he said.