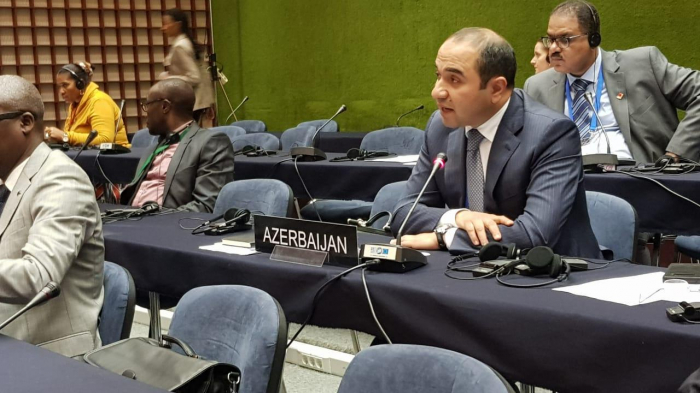 Speaker of the Armenian parliament Ararat Mirzoyan delivered speech at the 141-st Assembly of the Inter-Parliamentary Union in Belgrade, Serbia, AzVision.az reports citing the Armenian media.

While speaking about the principles of international law, Mirzoyan called on all countries to “respect the provisions stipulated in the UN Charter” and, citing unfounded arguments, he voiced a demand for the termination of the operation "Peace Spring", being conducted by Turkey against terrorists.

Commenting on the Armenian speaker’s speech at the same meeting, Member of the Azerbaijani delegation, MP Kamran Bayramov said, Armenia itself is a country that grossly violates international law and its universal principles, while four resolutions adopted by the UN Security Council, associated with the military aggression of this country against Azerbaijan, remain unfulfilled during more than 25 years.

Regarding Mirzoyan’s appeal to respect the UN Charter, the Azerbaijani MP reminded that the 25th clause of the Charter testifies to the need for members of the Organization to fulfil the decisions of the UN Security Council. Thus, Mirzoyan’s appeal must primarily be addressed to Armenia itself.

Moreover, Bayramov stressed that the recent groundless statements made by the Armenian prime minister during his trip to the occupied Azerbaijani territories testify, this aggressor ignores international law and does not recognize the decisions of such authoritative international organizations.