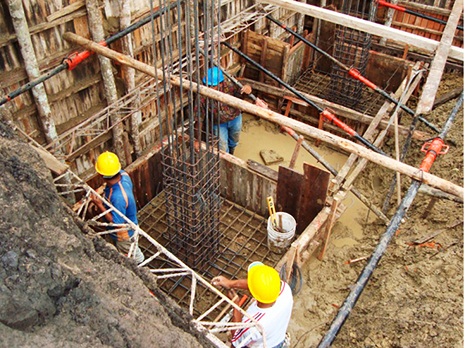 In January-April 2015, the total value of import of construction materials produced by Azerbaijan to Georgia almost halved, said the report on foreign trade of Gruzstat (National Statistical Service of Georgia) for the first four months of 2015.
Around 21,970 metric tons of plaster and other anhydrites worth $3.13 million were exported from Azerbaijan to Georgia in January-April 2015 (or 1.6 times less than the same period of 2014), according to the report. By comparison, around 36,000 metric tons of construction materials worth $6.18 million were exported to Georgia in Jan.-Apr. 2014.

The specific weight of construction materials in the total volume of export from Azerbaijan to Georgia amounted to 1.57 percent during the reporting period.

Georgia imports most of the goods from Turkey ($417.9 million). China ranks second in terms of imports worth $211.95 million.