Science explains why we love being scared- iWONDER 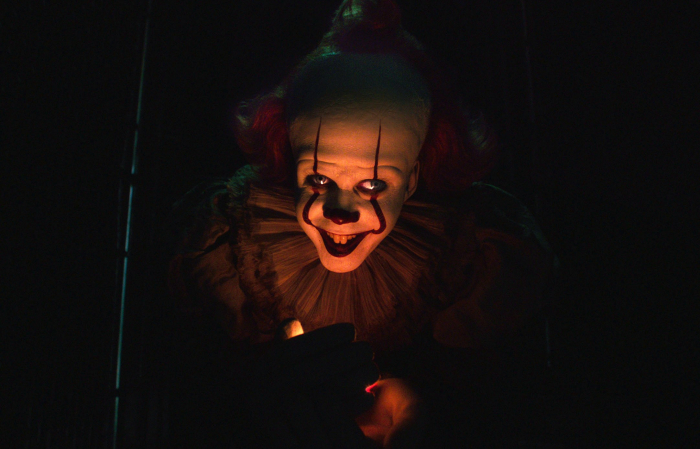 With Halloween upon us, we are once again reminded that we like to be scared. There's just something about creepy and frightening things that we want to invite them into our lives and even celebrate their existence. Why does that make sense? What is the science behind our desire to be scared?

The reason we find certain people and situations creepy may be linked to the "agency-detection" mechanism that's been proposed by evolutionary psychologists. This an internal "fight or flight" reaction that warns you about a shady person in a dark alley or some other similar threat by heightening your level of arousal and attention. As psychologist Frank T. McAndrew writes in his overview of creepiness studies for Psychology Today, we are programmed to behave a certain way if we think there's an "agent" out there who is intending on doing us harm. And even if the threat doesn't pan out, we react out of an abundance of caution.

McAndrew defines a sense of creepiness as an "anxiety aroused by the ambiguity of whether there is something to fear, and/or by the ambiguity of the precise nature of the threat". We may not know whether the threat is of sexual or physical violence but the uncertainty and the potentiality of that threat are what makes us feel the situation or person causing it is "creepy".

In McAndrew's study on the subject, which recruited 1,341 individuals to answer a Facebook survey, his team found that people perceived to be creepy were more likely to be male. Females, in fact, are more likely to view creepy people as posing a sexual threat. Abnormal physical characteristics and nonverbal behaviors contributed to the sense of creepiness.

The study also identified which professions we find creeper than others. At the top of the creepy occupations list were clowns, taxidermists, sex-shop owners, and funeral home directors. From a cultural standpoint, we've certainly seen enough popular movies about such characters. One of the current box office champions is IT 2. One of the most famous horror films of all time? Hitchcock's "Psycho" which features a taxidermist as the main villain of our Community.

Interestingly, among the hobbies, people found creepy were collecting things like insects, dolls or body parts like teeth, bones or fingernails. "Watching" was also considered a creepy hobby, be it watching children, taking pictures of people or even bird watching.

While we may know what we find creepy, some of us certainly enjoy a good scare. What can science tell us about the desire for such a response? Being scared creates a certain kind of high, supported by a recent study published in the journal Emotion. The researchers looked at so-called Voluntary Arousing Negative Experiences (VANE) to discover why we would willingly subject ourselves to frights.

That study looked at 262 adults attending an "extreme" haunted attraction in Pittsburgh called ScareHouse. The participants self-reported on their expectations and emotional reactions to the experience. 100 of the participants were also assessed via electroencephalography (EEG) to measure their brain activity. The researchers found that about half of the people's moods improved following the attraction, especially among those who reported being bored, tired or stressed out prior to the event. Their "neural reactivity" decreased following the stress of the haunted experience and they were more capable of dealing with subsequent stresses.

In an interview with Time magazine, Margee Kerr, a sociologist who specializes in fear and who was involved in the VANE study, described what happens in situations where we voluntarily seek out scary situations as a "kind of euphoria".

"When we're in a safe place, we can interpret that threat response as we do any high arousal response like joy or happiness," said Kerr, "The response is triggered by anything unpredictable or startling. But when we're in a safe place and we know it, it takes less than a second for us to remember we're not actually in danger. Then we switch over to enjoying it. It's a kind of euphoria. That's why you see people go right from screaming to laughing."

She also thinks undergoing a scary experience like a haunted house gives people a sense of achievement, adding "Like any personal challenge, running a 5K or climbing a tree, we stressed [ourselves] and came out okay." Even if the experience was bound to be safe, we still feel accomplished for having participated in it.

Another aspect of scary experiences in a group is the prospect of social bonding. Being scared in collective trimmest the formation of strong memories. The shared scare can make for a night to remember fondly for a long time.

Read the original article on Bigthink.com.