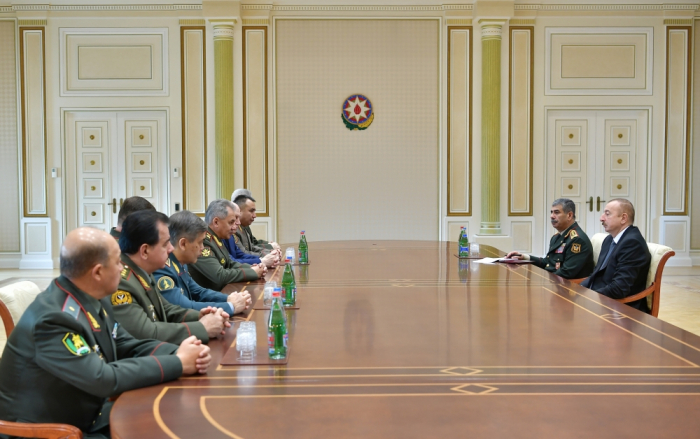 President of the Republic of Azerbaijan Ilham Aliyev has received participants of the meeting of the CIS Council of Defense Ministers.

The defence ministers stressed the importance of further development of the current cooperation and joint activity for the next year. They noted that CIS countries’ security is inseparable from the security of the other member-states of the commonwealth.