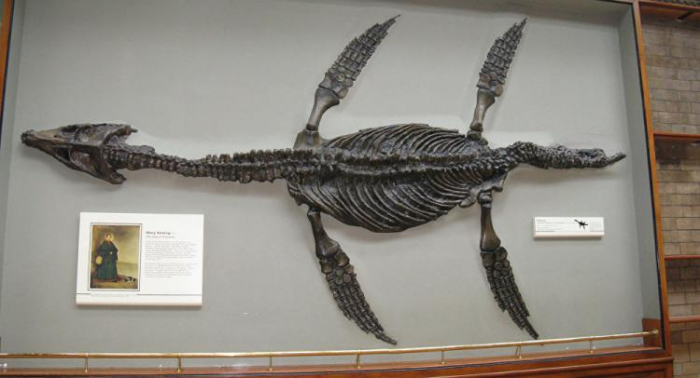 The massive marine reptile belongs to the pliosaur type of the Jurassic period and is the first finding of that kind for Polish paleontologists.

The bones of a massive sea creature have been found in a cornfield in Krzyzanowice, near the Swietokrzyskie Mountains in Poland, the discoverers of the remains told Science in Poland in an interview, AzVision.az reports quoting sputniknews.

According to the paleontologists, the fossils found belong to a pliosaur - a 30-foot long and several tons heavy extinct reptile of the late Jurassic period.

"They had powerful, large skulls and massive jaws with large, sharp teeth", one of the discoverers said in the interview.
Fossils of that kind are the first to ever be found in Poland, the researchers said.

The findings of the Polish scientists have been published in the Proceedings of the Geologists' Association scientific journal.

"The new palaeobiogeographical reconstructions of Late Jurassic of Europe are based on the composition of the Krzyżanowice locality and other sites with similar turtle-pliosaurid faunas which formed a long-term, stable ecological sympatry in marine ecosystems of the European Archipelago", the abstract of the published paper says.

Earlier in December, another 180-million-year-old ''sea monster'' from the Jurassic era, with skin and blubber, was found by researchers from North Carolina State University and Sweden's Lund University. The creature is said to look like a modern dolphin and actually belong to a type of marine reptiles called an ichthyosaur.