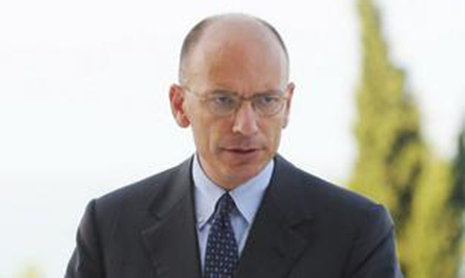 At a press conference following the meeting with Azerbaijani President Ilham Aliyev in Baku, Italian Prime Minister Enrico Letta thanked Azerbaijan for a decision favoring Trans-Adriatic Pipeline for gas transport to Europe.
“The choice of a TAP is very important both for Italy and great part of Europe. We have launched cooperation with the government of Albania and Greece as well as the government of Turkey. I would like to thank Azerbaijan for its choice,” the Prime Minister said.

Azerbaijan and Italy may use energy cooperation in order to strengthen relations in all spheres even more, he added.

“A high-profile Italian delegation is expected to visit Baku in early November which is a key to promoting bilateral relations.”

In the meantime, he pointed out that the countries have built very good cooperation in the issue of Afghanistan.

Regarding the resolution of the Armenia-Azerbaijan problem, Letta mentioned that “status-quo is not a way out in conflicts like Nagorno-Karabakh.” “Italy supports the work of the OSCE Minsk Group which is a more suitable format to achieve result,” continued the Italian Premier.

Those in Rome are of opinion that long-term conflicts do not serve anybody`s interests, he said.

Noting that Italy will head the European Union next year, Letta stated that Rome will support the efforts aimed at conflict resolution including Nagorno-Karabakh.