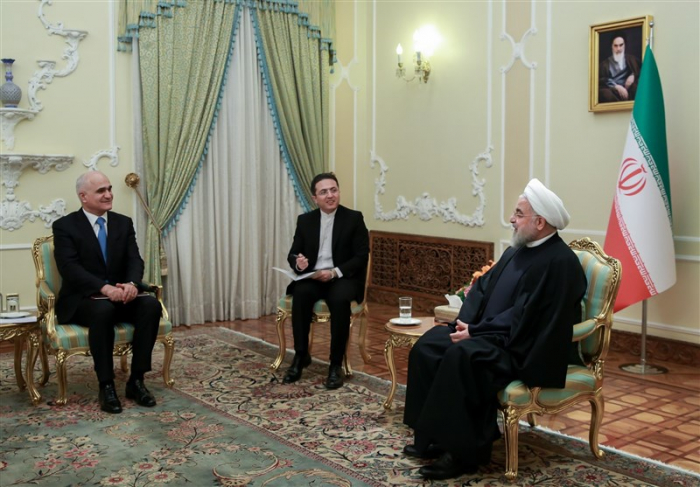 In a Tuesday meeting with First Deputy Prime Minister of Azerbaijan Shahin Mustafayev in Tehran, Rouhani said Iran is seriously pursuing the implementation of joint projects on oil exploration and extraction in the Caspian Sea with neighbouring Azerbaijan.

He also called for closer cooperation between the two countries in other joint projects such as the construction of dams and railroads, science and technology projects, and construction of industrial complexes and power plants in border regions.

For his part, the Azerbaijani deputy prime minister highlighted the “constructive and fruitful” negotiations during his stay in Iran, saying the interaction between Baku and Tehran has been growing in all areas.

Mustafayev noted that the volume of trade exchanges between the two neighbours has tripled since 2014, saying the number of Iranian companies in Azerbaijan has also risen by 50 per cent over the past year.

Iran and Azerbaijan have accelerated efforts in recent years to forge a closer partnership in various areas.

Azerbaijani President Ilham Aliyev has made several official visits to Tehran over the past few years.