Saakashvili in Odessa was met by a flashmob with ties - VIDEO 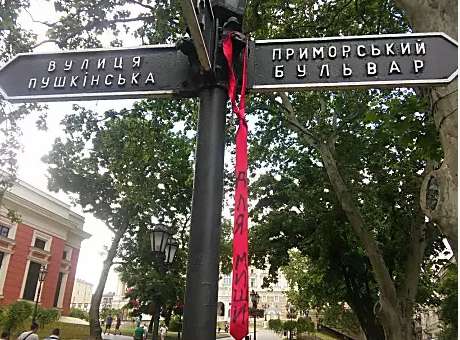 On May 30 in Odessa activists held a flashmob, having hanged out in various districts of the city ties with the signature "For Mischa".

Information on it in a social network was published by National Team group.

A large number of ties was collected about the building of the Odessa regional administration.

In 2008, BBC broadcasted shots on which the president of Georgia Mikheil Saakashvili chews his tie. Incident turned into a promotion element in information war of Russia on armed conflict in South Ossetia.