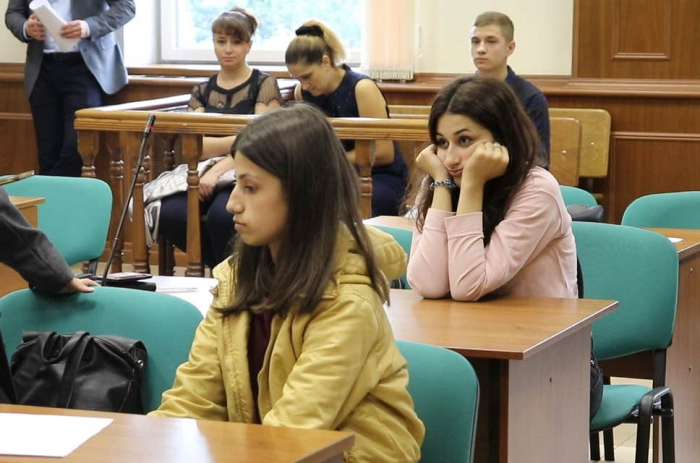 Russian authorities have said two sisters who killed their father after they were subjected to a campaign of sexual, psychological and physical abuse should face trial for his murder.

On Tuesday, the country’s investigative committee announced it had finished an inquiry into the killing and would be recommending charges of premeditated murder.

Three teenage sisters fatally stabbed and battered their 57-year-old father, Mikhail Khachaturyan, as he slept in his armchair at their flat in northern Moscow in July 2018.

In the course of the investigation, it was ascertained that Mr Khachaturyan had physically abused his daughters on the day of the attack — locking them in a room and spraying pepper spray in their faces.

The case has split public opinion and provoked demonstrations for and against the girls. For activists, the state’s unsympathetic response has showed Russia is unwilling to deal with its growing problem of domestic abuse.

Campaigners have called for the three girls to be treated as victims rather than criminals – and be given support instead of jail sentences.

According to witnesses, Krestina, Angelina and Maria Khachaturyan endured years of beatings and sexual assault at the hands of their father.

But following an investigation that lasted over a year, investigating authorities instead recommended Krestina, 21, and Angelina, 19, face murder charges. The youngest sister, Maria, will be offered psychiatric care.

More than 350,000 people have signed a petition calling for the sisters to be released. They face up to 20 years in jail if they are convicted – while the prospects of an acquittal are slight. In Russia, more than 99 percent of all cases to reach court end in guilty verdicts.

Fiercely-contested changes in the law decriminalised most domestic violence in February 2017. Campaigners say it marked a serious setback and put potential victims at greater risk.

Yulia Gorbunova, a researcher at Human Rights Watch, said the Russian authorities’ reluctance to acknowledge the seriousness of the problem made the situation worse.

“Our research into domestic violence in urban and rural Russian communities highlights just how much the authorities’ inadequate response puts victims at an even greater risk,” she said. “If you reduce sanctions for abusers you are basically giving abuse the green light.”

A new bill on domestic violence put forward last week stops short of introducing any safeguards for victims, and has been heavily criticised by campaigners.

According to the Russian Interior Ministry’s own estimates, 40 women die at the hands of their husbands every day, with 600,000 facing domestic violence every year.

These figures likely do not represent the full scale of the problems – with research showing that as many as seven in ten women do not report domestic violence.