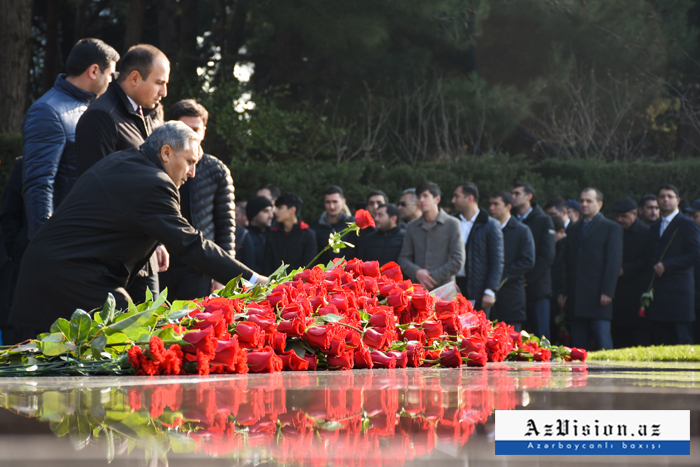 Azerbaijani people are visiting the Alley of Honor in Baku to commemorate the 16th anniversary of the death of Azerbaijani national leader Heydar Aliyev, AzVision.az reports.

Officials, prominent public figures, intellectuals, representatives of the government and parliament pay tribute at the memorial of the Azerbaijani national leader.

Azerbaijan’s history and fate, the revival of the socio-political, economic and cultural life of people are linked with the name of Heydar Aliyev.

For every patriotic Azerbaijani, the memory of the great leader is sacred because Azerbaijan’s modern history and national statehood are closely connected with the name of this great personality.

The Azerbaijanis never forget and will not forget Heydar Aliyev, who devoted his entire life to Azerbaijan’s progress.

Thanks to the purposeful policy of President Ilham Aliyev, who successfully continues the political course of the national leader, Azerbaijan is achieving new success and the country's independence is more strengthened.

The commemoration ceremonies on the occasion of the 16th anniversary of the death of great leader Heydar Aliyev are held not only in Baku, but also in all regions of Azerbaijan and abroad. 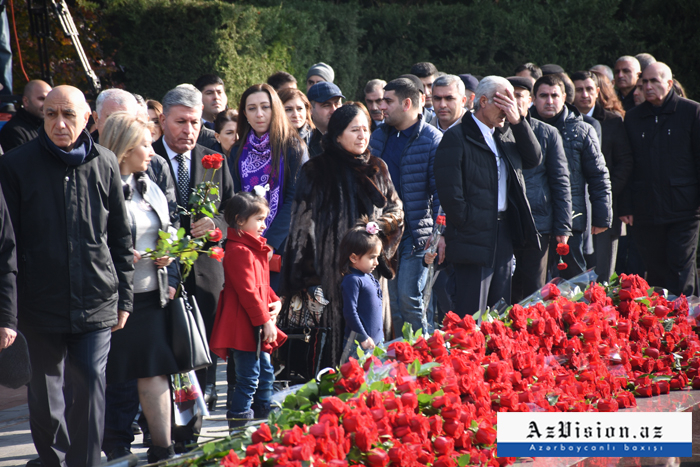 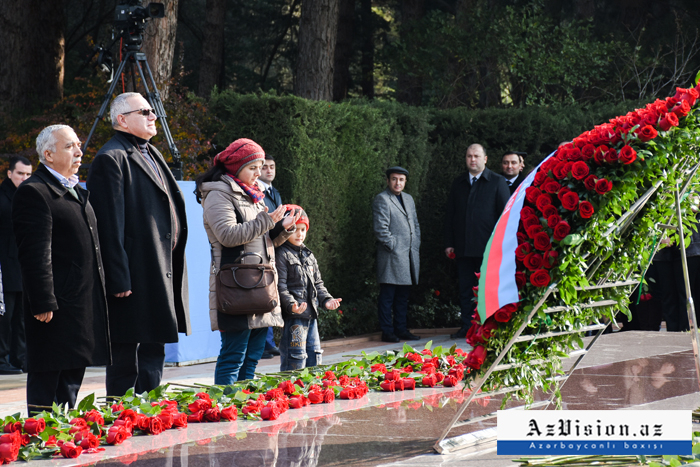 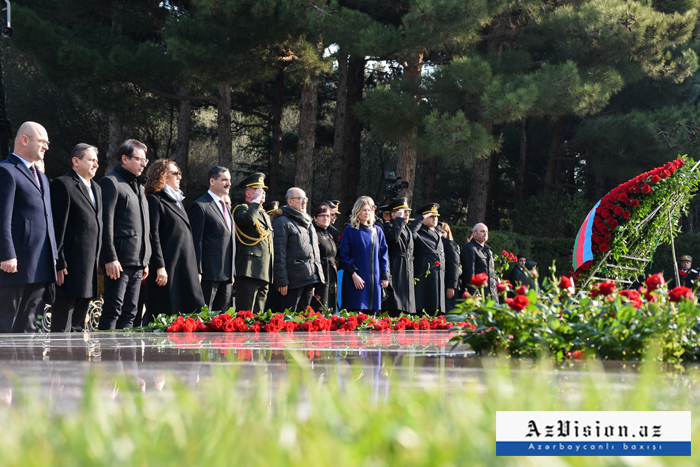 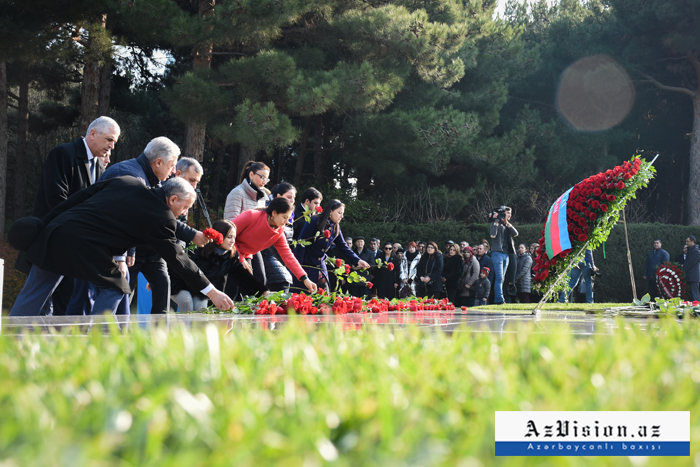 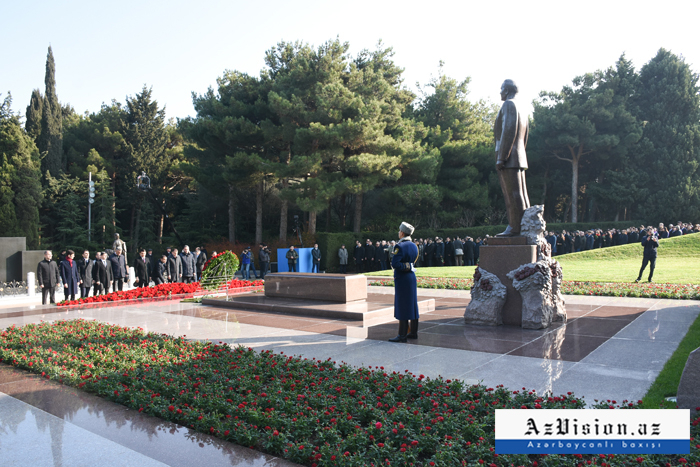 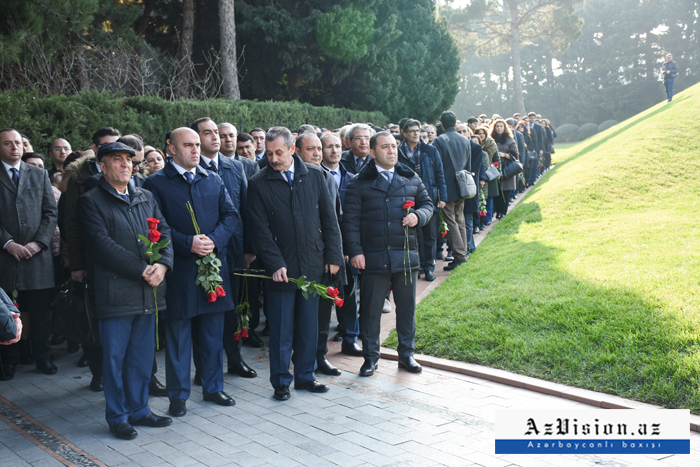 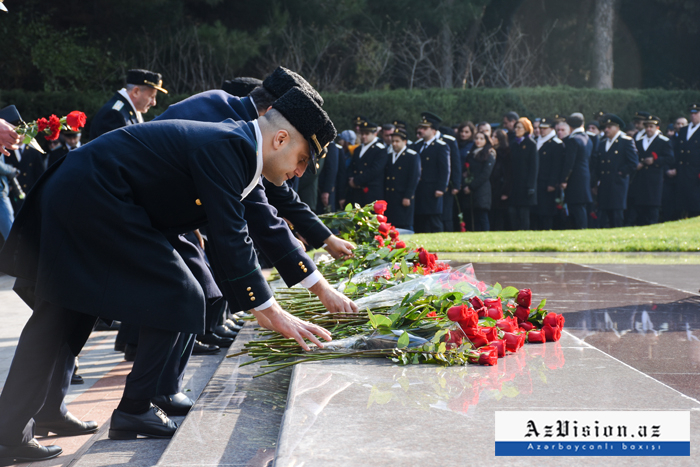 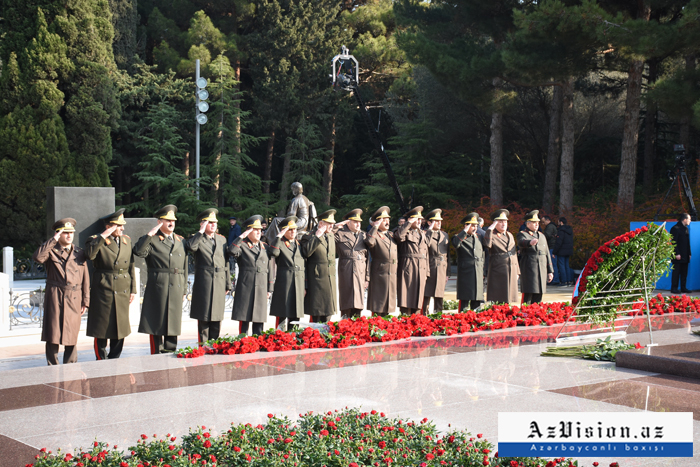 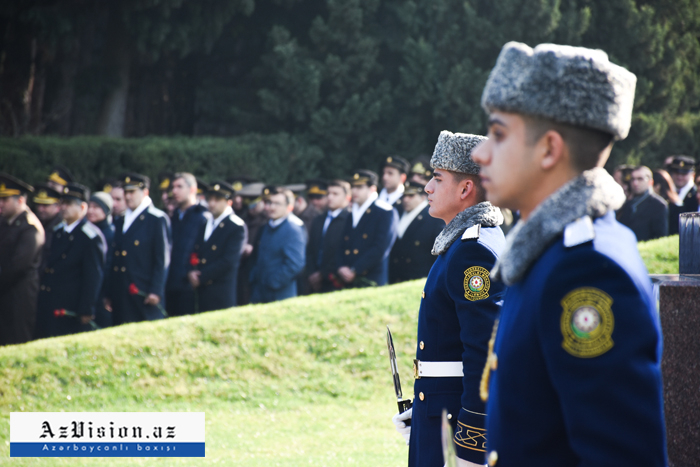 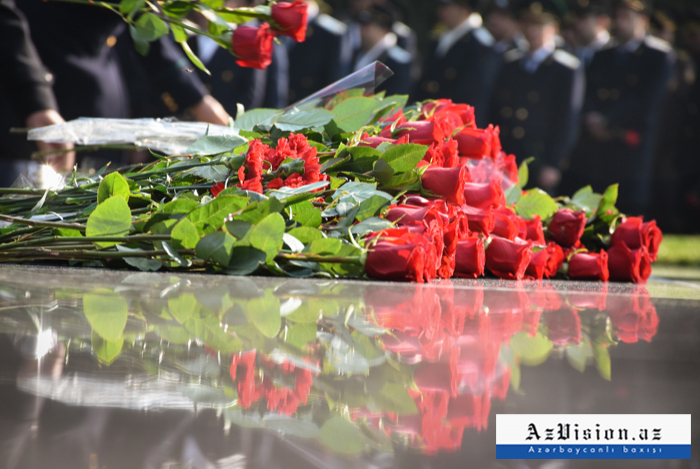 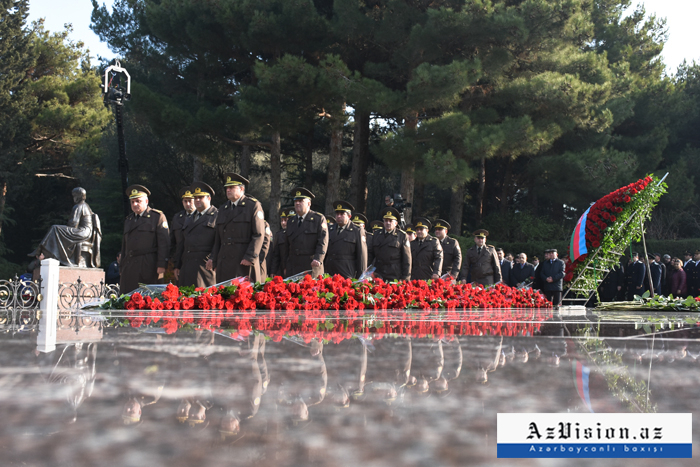 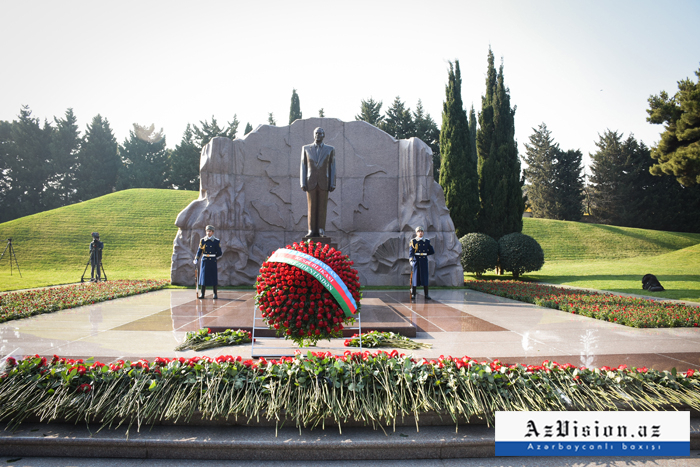 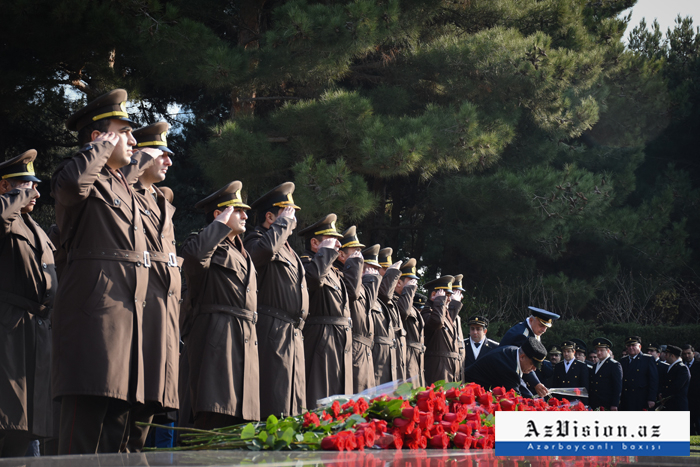 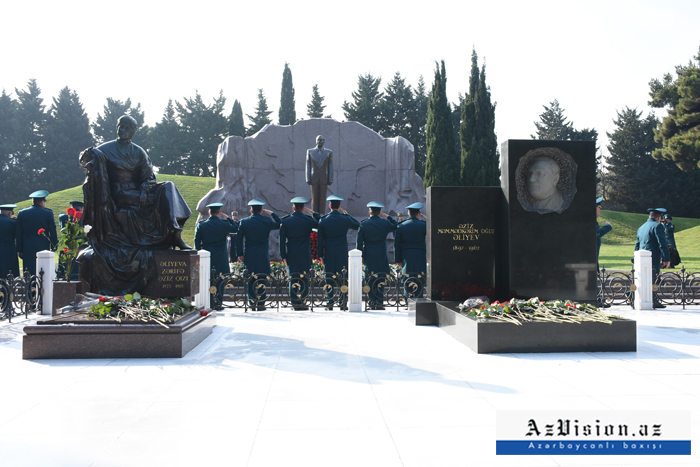 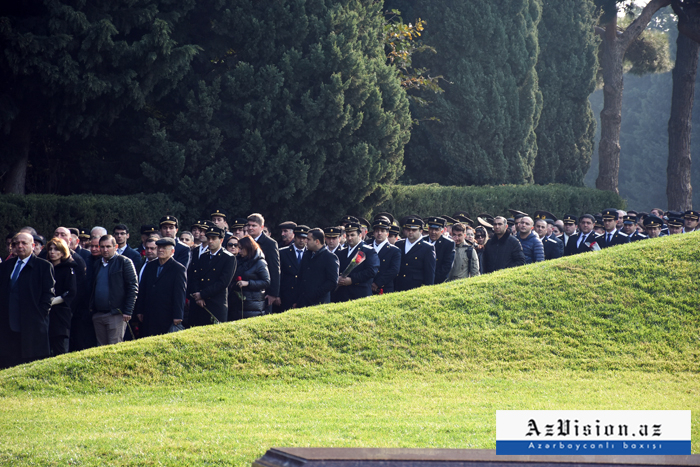 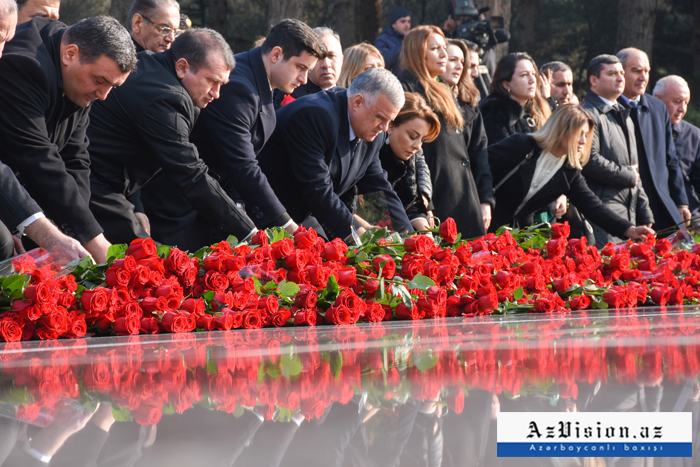 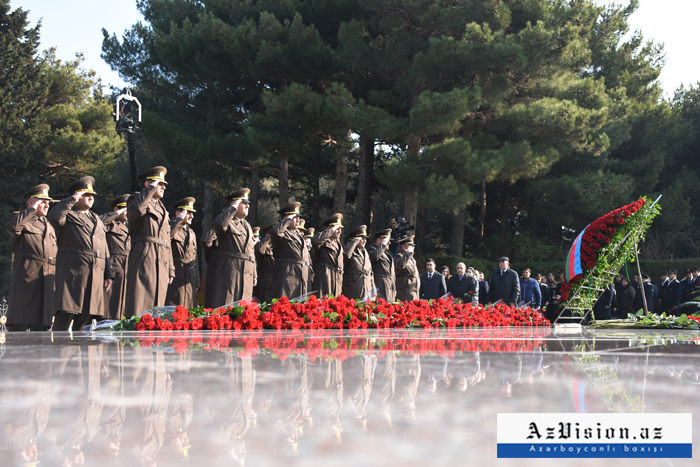 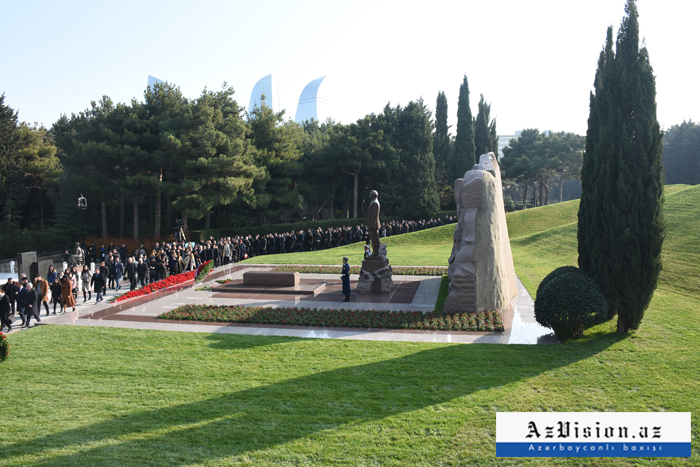