Russia says will do its utmost for Azerbaijan, Armenia to continue dialogue for resolving Karabakh conflict 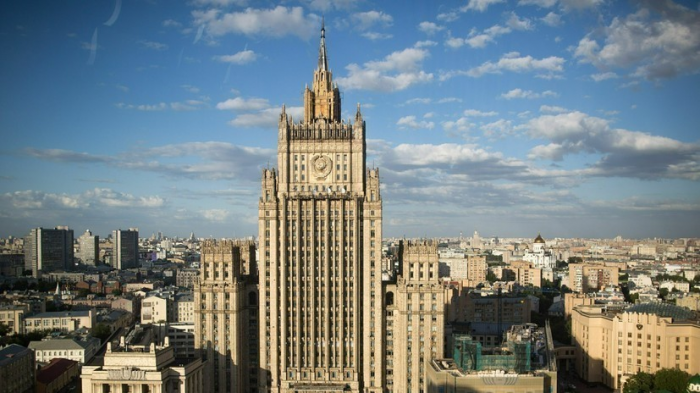 Russia will do its utmost to continue the dialogue aimed at resolving the Armenia-Azerbaijan Nagorno-Karabakh conflict, spokesperson for the Russian Foreign Ministry Maria Zakharova said at a briefing on Thursday, AzVision.az reports citing Trend.

While speaking about the recent meeting between the Azerbaijani and Armenian foreign ministers with participation of the co-chairs of the OSCE Minsk Group in Bratislava, Slovakia, the spokesperson stressed that the impossibility of continuing further dialogue between the parties was not mentioned during the meeting.

“We, as a country that performs the relevant international mediation functions, will do our utmost to continue this dialogue to successfully resolve the protracted conflict,” the spokesman added. “For our part, we will do everything for the dialogue to continue in a constructive way and the parties to be able to come to a mutually acceptable decision."

Zakharova also stressed that the role of mediators in the recently organized mutual visits of groups of journalists from conflicting countries was very constructive.