The ruling group of maidanists and grant-eaters in Armenia continues the crusade against the former authorities under the guise of fighting corruption.

However, the strange whims of pro-Pashinyan supporters inflicts a blow only on representatives of the so-called “Karabakh clan.”

As you know, ex-President Kocharian, to whom the investigators could not 'sew' the case of a bribe of $3 million, was placed in custody under the absurd charge of "overthrowing the constitutional system" for the violent dispersal of the "Yerevan-Maidan" in March 2008, arranged by supporters presidential candidate Ter-Petrosyan, who confidently lost election (21.5% of the vote). 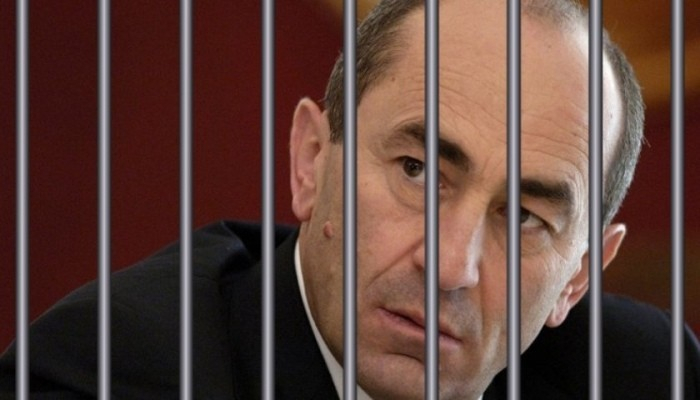 Kocharyan, by the will of Vovaevich, returned to the pretrial detention center, so this time Pashinyan’s furry tentacles decided to get to Armenia’s third president Serzh Sargsyan.

Sargsyan is charged with an episode with a tender for the supply of diesel fuel to the state as part of a national project on provision of support to farmers.

The situation that occurred during the tender is very typical not only for Armenia, but also for the entire post-Soviet space.

Instead of the company that offered the lowest prices for diesel fuel, a bid was won by some close friend of Sargsyan who pushed the goods at an inflated price, which caused damage to the state in the amount of over a million dollars. 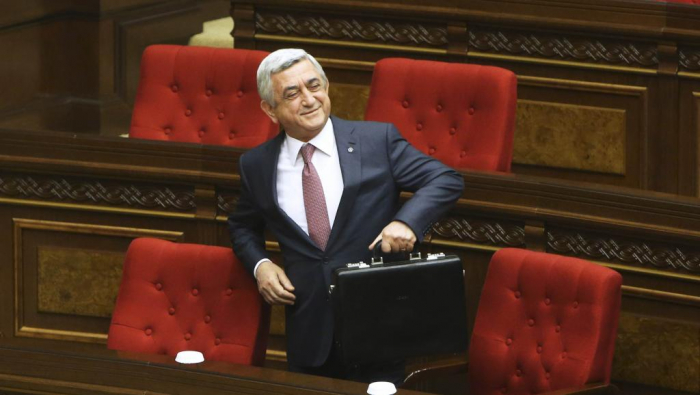 This case, of course, does not color the ex-president, and it would indeed be nice to hold him and his accomplices accountable, however, the initiation of a criminal case against Sargsyan is directly prohibited by the Armenian Constitution, which states that the country’s top officials are not subject to jurisdiction for past cases.

“It doesn’t matter,” experts surrounded Pashinyan mumble. “This is an empty formality: we will prosecute him taking the advantage of the provision on impeachment.”
If Pashinyan and his entourage are itching to punish Sargsyan for corruption, then they need to make constitutional amendments.

In the end, Sargsyan’s partners and all kinds of “godchildren”, whom the ex-president once rendered help out of kindness, are likely to remain at large.

But, as you know, Pashinyan has his own Tao, often completely ignoring the requirements of the law and the rules of decency. Take, for example, the May appeal of Vovaevich to his supporters - to block the work of the judicial authorities in the country.

The judges, you see, did not want to dissolve themselves at the request of the prime minister, and according to the law, the "revolutionary" and his entourage have no authority to dismiss judges from their posts - "let the people deal with them."
Why is Pashinyan so excited at Serzh Sargsyan, whom he cannot legally touch with his finger for a long-standing business with diesel fuel? Why now? After all, the ex-president, who later became the ex-prime minister, actually gave Pashinyan power on a silver platter.

As for Sargsyan, who became the third president of Armenia in the February 2008 elections, confidently overtaking his opponents, including Levon Ter-Petrosyan.So, formally, Sargsyan was also involved in case of 'March 1 events'. And therefore, he was 'guilty' of Pashinyan’s prison sentence, renamed ‘overthrowing the constitutional order’.

But it's not only that. Apparently, until recently Pashinyan was in no hurry to ‘present the bill’ to Sargsyan, preferring to deal with Robert Kocharyan first as the most hated.

After all, Pashinyan's Premiership has not yet passed through the middle of the term, there is a lot of time before the demobilization, the new administration does not have noticeable successes at close range, so it will have no harm to have an unwanted ex-President with zero support as an exemplary ‘whipping boy ‘for the sake of strengthening its own rating.

Sargsyan, however, instead of sitting quietly and not stirring the pot, at the end of November he suddenly criticized Pashinyan and his circle, speaking at the summit of the European National Party in Zagreb, Croatia. 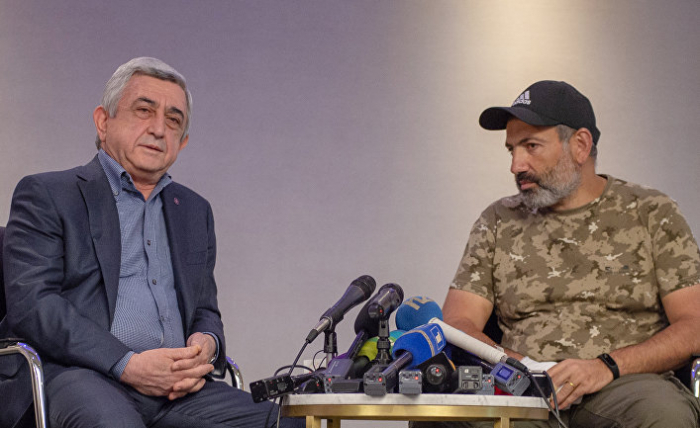 While not absolving himself of responsibility for ‘the rise of populists to power’, Sargsyan recalled Pashinyan and violation of constitutional and democratic norms, and political persecution for personal reasons, and suspicious successes in development of social life, and even made a couple of political statements that probably hurt some of the decision-makers in Yerevan.

First, Sargsyan encroached on the sacred, saying that the development of Armenia's relations with the EU is based on the foundation laid during his presidency. Secondly, a message was sent to Baku that ‘Artsakh (Nagorno-Karabakh) will never return to Azerbaijan’. Thirdly, he washed dirty linen in public, exposing Pashinyan to the European public as insignificant and vengeful dictator.

Pashinyan prepared an answer to Sargsyan, working on contradictions. Along with the accusations against the disgraced ex-president, the public was pleased with the news about the detention of a new minister of information, sports and youth affairs of Armenia for corruption. Say, 'the revolutionary government is strict and fair to all.'

However, It was not possible to hide theatrical performance of Pashinyan’s adherents.

For Pashinyan government, there is a legitimate question: why was the former patron and protector of Vovaevich, ex-president Levon Ter-Petrosyan, cautiously removed from the blow despite the claim that ‘we had no non-triable officials’?

Pashinyan’s adherents have an answer to this: they say that Ter-Petrosyan, although he was the first president of post-Soviet Armenia, and who knows what happened during his reign? It was so long ago that it was almost not true. More than twenty years have passed - all statutes of limitations have passed. 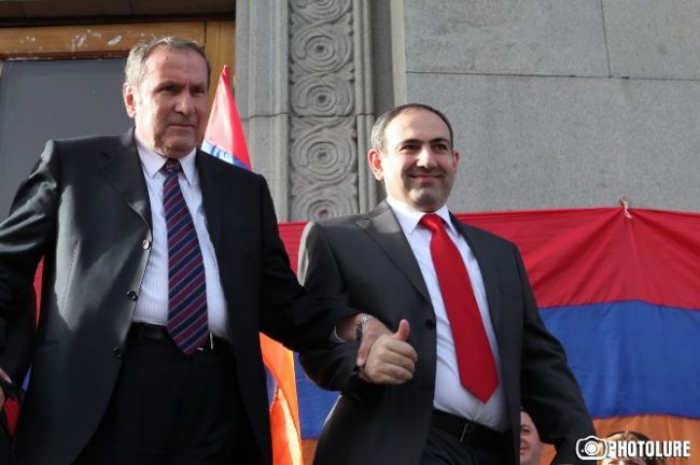 Certainly, for March 2008 events, whose organizer and inspirer was Ter-Petrosyan and lost the election, ex-President will not be blamed, as many of Pashinyan's current comrades are being hauled for him. Unfortunately, Pashinyan himself is no longer triable for those events. The law prohibits intervention in the same case for the second time, though some should be done. At least for reasons of ‘revolutionary expedience’...