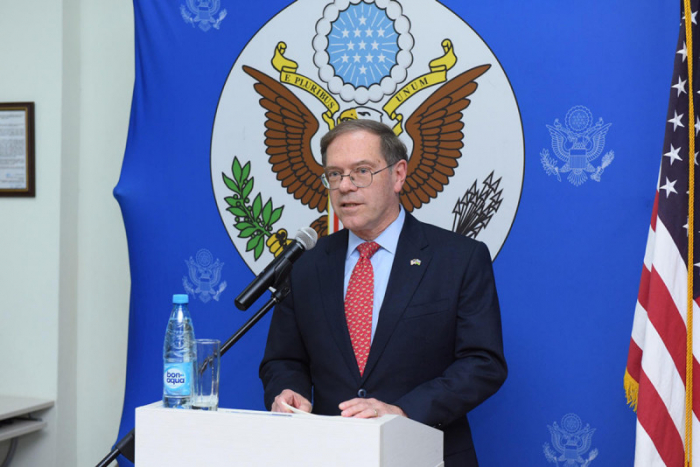 The resolution adopted by the Senate on the events of 1915 does not reflect the position of the U.S. administration, US Ambassador to Azerbaijan Earle Litzenberger told reporters in Baku Friday, AzVision.az reports.

He noted that the Senate has fully expressed its position on this issue.

“The U.S. and Turkey are allies in NATO. We are friends and partners, we will continue this cooperation,” the diplomat added.

The U.S. Senate passed Thursday a resolution recognizing the 1915 events as "Armenian genocide.”