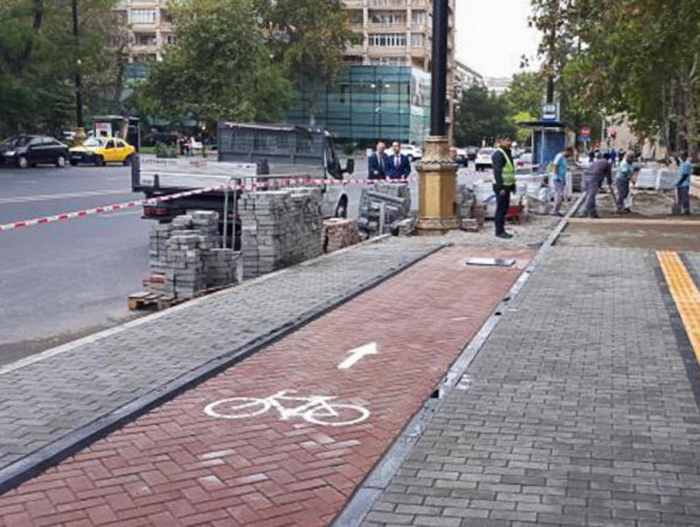 At the intersection of the new Central Boulevard street with Nobel avenue, crossroads was designed and built to organize the movement of cars, pedestrians and cyclists. The priority of pedestrians and cyclists at the intersection is provided by road markings and signs, as well as protective bollards. For the convenience of city residents, according to Baku White City Master Plan, also a two-way bicycle path is planned on a greened pedestrian promenade 20 meters wide along Nobel avenue.

The crossroads located between the magnificent London-style Knighstbridge Residence and the large park complex provide an additional car access to White City districts from Nobel avenue.

In the future the intersection of Central Boulevard street and Nobel avenue is planned to be controlled by traffic lights, also it will connect to the future Boulevard Road and provide free movement of cars to Waterfront Quarter and White City Boulevard.

Baku White City is carried out under the Decree of the President Ilham Aliyev on the approval of the «Plan of complex measures to improve the environmental situation in Azerbaijan in 2006-2010».