Armenians, who shed blood of innocents, today pass themselves off as victims - Turkish newspaper 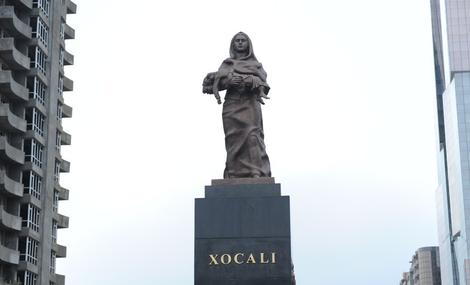 There is no doubt that Armenia wasn't alone in this, and it has accomplices and protectors, according to the article.

“During the Khojaly genocide, 613 people were killed, 1,000 civilians of different age became disabled as a result of bullet wounds,” reads the article. “As many as 106 women, 63 children, 70 elderly persons were killed, 8 families were totally exterminated, 25 children lost both parents, 130 children lost one of their parents. On the night of the tragedy, 1,275 innocent residents were taken hostage, while the fate of 150 people still remains unknown.”

Meryem Aybike Sinan also noted that despite that the Armenians, who lived on Turkish lands without any problems, shed the blood of innocent people, they continue to pass themselves off as victims.


“Unfortunately, the Turkish diaspora isn’t so influential in the US and EU countries,” reads the article. “As soon as the relations between Turkey and the US worsened, little “harmless” Armenia submitted the issue of the so-called “Armenian genocide” to the US Congress.”

During the Karabakh war, on Feb. 25-26, 1992, the Armenian armed forces, together with the 366th infantry regiment of Soviet troops, stationed in Khankendi, committed an act of genocide against the population of the Azerbaijani town of Khojaly.