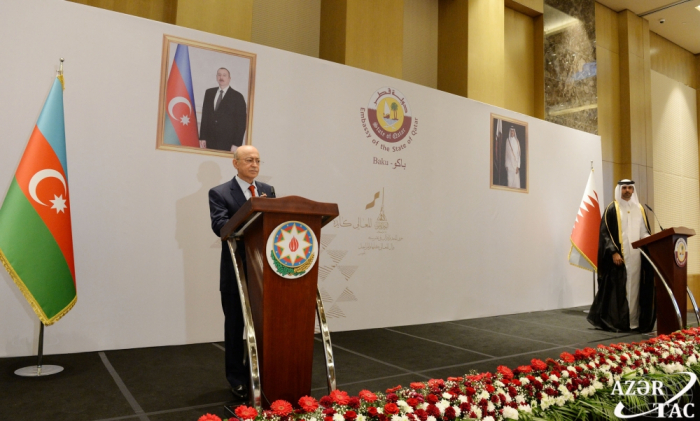 The Embassy of Qatar in Azerbaijan has organized a reception to celebrate the country`s national holiday.

He hailed the development of Azerbaijan-Qatar relations in all fields. He noted that relations between the heads of state based on mutual respect positively influence on the intergovernmental ties.

On behalf of President Ilham Aliyev, Azerbaijani Minister of Emergency Situations Kamaladdin Heydarov congratulated the people of Qatar on the occasion of the holiday. Heydarov noted that the State of Qatar gained great achievements in the fields of economy, culture and other areas.

“Azerbaijan and Qatar closely cooperate within the international organizations. Qatar has always supported Azerbaijan`s fair stance on the resolution of the Armenia-Azerbaijan Nagorno-Karabakh conflict,” the minister underlined.

Kamaladdin Heydarov noted that the reciprocal official visits play an important role in developing relations between the two countries. He praised the activity of Azerbaijan-Qatar Joint Economic, Trade and Technical Commission.

The event was attended by officials, MPs, ambassadors and journalists.