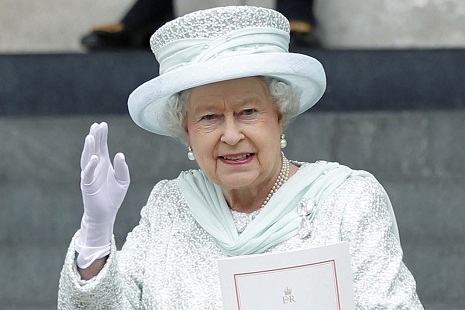 Buckingham Palace took the unusual step Wednesday of confirming that Queen Elizabeth II went to a hospital for her annual medical checkup after social media comments touched off speculation on her health.
The rare statement on a private matter for the queen came after a tweet posted on the account of a BBC journalist said the 89-year-old monarch was being treated in the hospital and that more details would follow. The tweet, which used a "breaking news" tag, was sent during a BBC rehearsal for the monarch`s obituary, suggesting that the sender mistook the exercise for the real thing.

Screen grabs from social media suggest that a second tweet reported that the monarch had died. The journalist deleted the tweets.

"I can confirm that the queen this morning attended her annual medical check-up at the King Edward VII`s Hospital in London," said a palace representative, who spoke on customary condition of anonymity. "This was a routine, pre-scheduled appointment. The queen has now left hospital."

The commotion served merely to underscore the esteem in which the country holds the queen, who was crowned 62 years ago. News about her health is followed closely.

"During a technical rehearsal for an obituary, tweets were mistakenly sent from the account of a BBC journalist saying that a member of the royal family had been taken ill," the BBC said in a statement. "The tweets were swiftly deleted and we apologize for any offense."

The journalist, Ahmen Khawaja, is facing disciplinary action. She apologized for what she described as a "false alarm."