Chairman of Turkish Parliament: Azerbaijan is always by Turkey's side and supports it 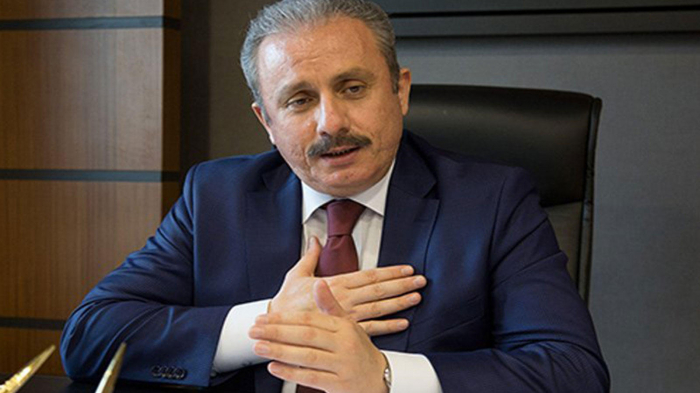 Azerbaijan is always by Turkey's side and supports it, Chairman of the Turkish Grand National Assembly Mustafa Sentop told reporters.

The parliamentary chairman noted that Turkey and Azerbaijan are two brotherly countries; this is imprinted for centuries in the phrase "One nation, two states" and the two countries cooperate in almost all areas.

Sentop added that strengthening cooperation with Azerbaijan in trade, political, military and other areas is one of the priorities of Turkey, the first country to recognize Azerbaijan's independence.

"Since the leadership of the national leader of the Azerbaijani people Heydar Aliyev, cooperation between our countries has continued to deepen. Thanks to the leadership and support of President of Turkey Recep Tayyip Erdogan and President of Azerbaijan Ilham Aliyev, our relations continue to develop successfully," Mustafa Sentop said.

Sentop noted that the parliaments and the respective commissions of the two countries have greatly contributed to the development of relations.

"We work together to create new opportunities for both official relations and for the interaction and meetings of businessmen of the two countries," he said.

The chairman of the Turkish Grand National Assembly emphasized that during critical periods, the two fraternal countries act together and support each other on international platforms.

"There is no doubt that Azerbaijan always supports Turkey, and a good example is the high level of relations between our countries in the political, economic, cultural and other fields. Azerbaijan and Turkey also cooperate in the framework of energy projects of international importance. Azerbaijan is always by Turkey's side and supports it," Sentop said.