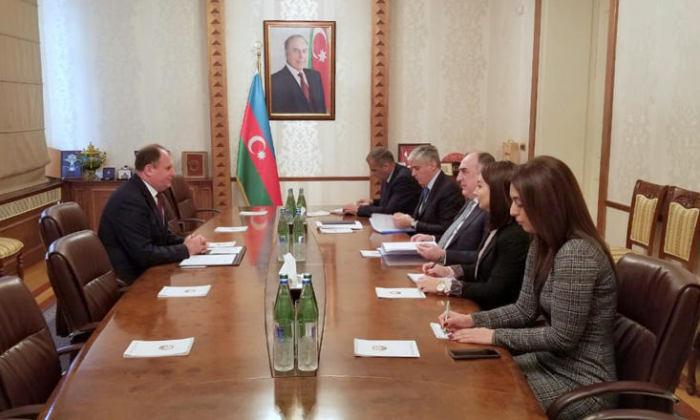 During the meeting, the parties exchanged the views on cooperation between Azerbaijan and Greece.

The ambassador expressed gratitude for the support rendered in the successful implementation of his diplomatic mission.

Mammadyarov appreciated the Greek ambassador’s efforts to develop bilateral relations and wished him success in his future activity.

The parties also discussed the issues of mutual interest.

Mammadyarov also received Moldavian Ambassador Gheorghe Leuca in connection with the termination of his diplomatic tenure in Azerbaijan.

During the meeting, the parties exchanged views on the current bilateral relations between the two countries, the level of development and the prospects for cooperation.

The next political consultations between the foreign ministries of the two countries will be held in early 2020 in Moldova.

The minister emphasized fruitful cooperation between the countries within the GUAM.

The parties emphasized the successful continuation of the development of bilateral relations and stressed the importance of the further development of cooperation in the economic and energy spheres.

The ambassador expressed gratitude for the support rendered during his diplomatic mission.

Leuca stressed the importance of holding exhibitions, concerts in Azerbaijan and Moldova, events held in connection with the national holidays of the two countries, as well as the translation of books by Azerbaijani and Moldavian authors into both languages.

During the meeting, the parties also exchanged views on regional and international security issues of mutual interest.

Mammadyarov appreciated Leuca’s efforts in the development of bilateral relations and wished him success in his future activity.