Heads of diplomatic corps in Azerbaijan attend reception on 2019 outcomes 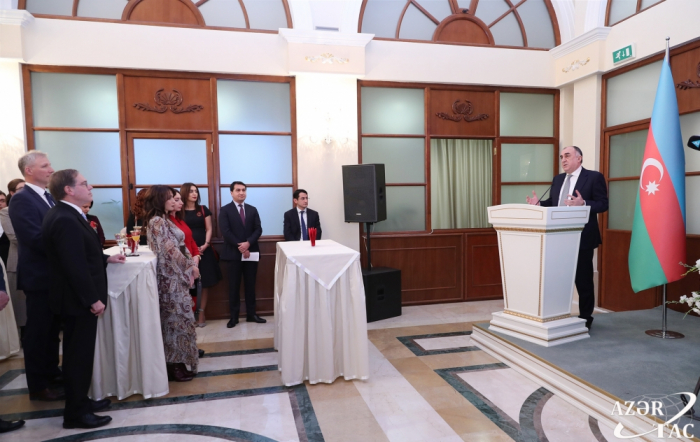 Heads of the diplomatic corps in Azerbaijan have attended a reception dedicated to results of 2019.

Addressing the event, Azerbaijan`s Foreign Affairs Minister Elmar Mammadyarov highlighted the country`s achievements in foreign policy in 2019. The minister focused on the process of negotiations to find a solution to the Armenia-Azerbaijan Nagorno-Karabakh conflict, describing it as a top priority of Azerbaijan’s foreign policy.

Mammadyarov said that successful foreign policy pursued in the country this year, as well as high-level visits, international events hosted in Baku, important documents and bilateral agreements signed contribute to the ensuring of peace, stability and sustainable development both in the region and on the international arena.

The minister hailed the efforts of the diplomatic corps in developing bilateral relations.

Assistant to the Azerbaijani President, Head of the Foreign Policy Affairs Department of the Presidential Administration Hikmat Hajiyev extended President Ilham Aliyev`s greetings to heads of the diplomatic corps and heads of state of these countries.