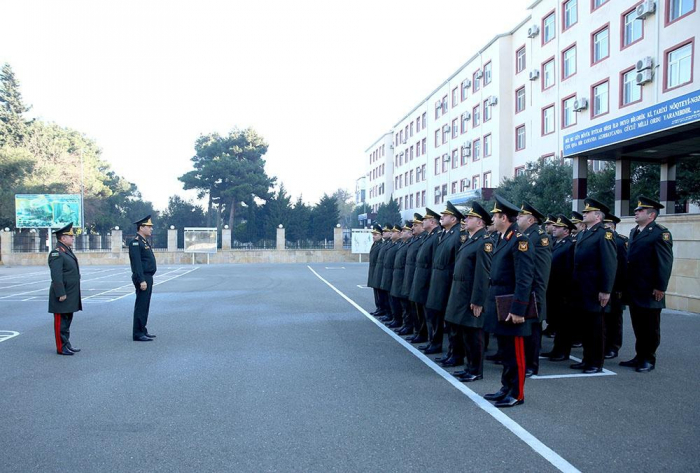 First Deputy Minister of Defense, Chief of the General Staff of the Armed Forces, Colonel General Najmeddin Sadikov introduced the newly appointed servicemen to the military personnel on December 19.

The chief of the General Staff told the military personnel about the tasks assigned by the supreme commander-in-chief to the Azerbaijani Army and gave recommendations in regard to organizing the activities more fruitfully.