Does your season of birth affect your mortality risk?- iWONDER 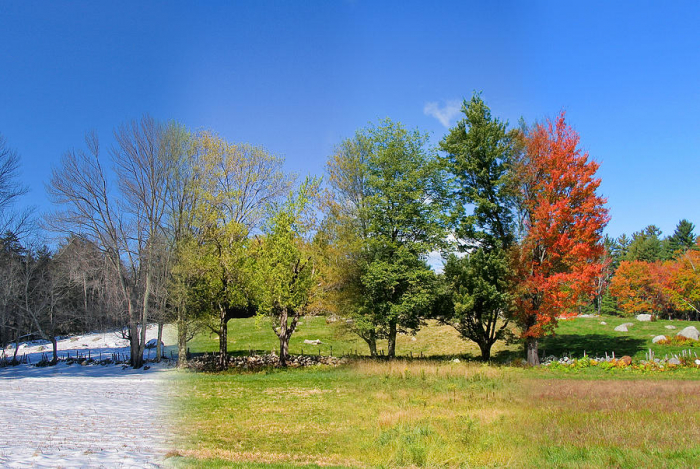 Over the years, many scientists have set out to answer the same question: Does the month or season of your birth influence mortality risk? A recent study takes a deeper look at this query.

Some of these earlier studies concluded that, in the northern hemisphere, people born in November have the lowest risk of overall mortality and heart disease-related mortality.

Conversely, those born in the spring or summer have the highest risk; this increase peaks in May. In the southern hemisphere, these general patterns shift by 6 months.

Although scientists have spent a great deal of time and effort investigating this relationship, exactly how your month of birth might influence your future health is still unclear.

Recently, scientists from Brigham and Women's Hospital and Harvard Medical School, both in Boston, MA, looked into this question once more. They published their findings in the BMJ.

To investigate, the researchers took data from the Nurses' Health Study, which began in the 1970s; it involved 121,700 registered U.S. female nurses who were 30–55 years of age at enrollment. The dataset includes information about each participant, including medical history, weight, height, smoking status, demographics, and lifestyle factors.

The Nurses' Health Study provides impressively granular detail; for instance, it contains information about the education level of the participants' husbands, and whether the participant's parents owned their home at the time they were born.

In all, 116,911 participants were eligible for the current study; the authors collated information about the causes of any deaths. Over 38 years of follow-up, there were 43,248 deaths.

Was there an effect?

Once the scientists had adjusted their analysis for a range of variables, they found no significant association between overall mortality and either the month or season of their birth. However, they did identify an effect on cardiovascular mortality risk. The authors write:

When they looked at cardiovascular disease and the seasons, they identified a small but statistically significant relationship. They measured an increase in the risk of death from heart disease for those born in spring and summer when compared with those born in fall.

After controlling for a number of factors, including familial and socioeconomic variables, the relationship remained significant.

These results are in line with other large scale studies. For instance, the authors discuss two Swedishstudies, both of which involved millions of participants and 20 years of follow-up. As with the current research, they measured the lowest cardiovascular mortality rate in those born in November.

"Previous epidemiological studies have relatively consistently described individuals born in November to have the lowest risk of overall and cardiovascular mortality," explain the authors, "and those born in the spring or summer to have the highest mortality risk."

Does vitamin D play a role?

The findings from the most recent investigation suggest that socioeconomic factors may not be the primary reason for varying cardiovascular mortality rates with the season of birth. Scientists still do not know why this pattern emerges, but there are some theories.

Some experts suspect that vitamin D might play a part. They argue that if a pregnant woman experiences less sunlight during pregnancy — in the winter months, for instance — she may be deficient in vitamin D.

This deficiency, perhaps, could increase the future cardiac risk of the unborn child. At this stage, however, there is no evidence to back up this theory.

In their paper, the authors also wonder whether this small but significant seasonal trend will stand the test of time. As people live for longer, as food is now readily available all year round, and as the climate changes, perhaps this effect will dwindle, or maybe it will gradually shift. Whatever the answer, only time will tell.

It is worth noting that there are certain limitations to the latest study. For instance, the research only included females and, although the team controlled for a range of variables, there is always the possibility that a variable the scientists did not measure was driving the relationship.

With that said, the large dataset, detailed analysis, and agreement with other large studies make the latest findings compelling.