Mazahir Panahov: All polling stations are ready for municipal elections 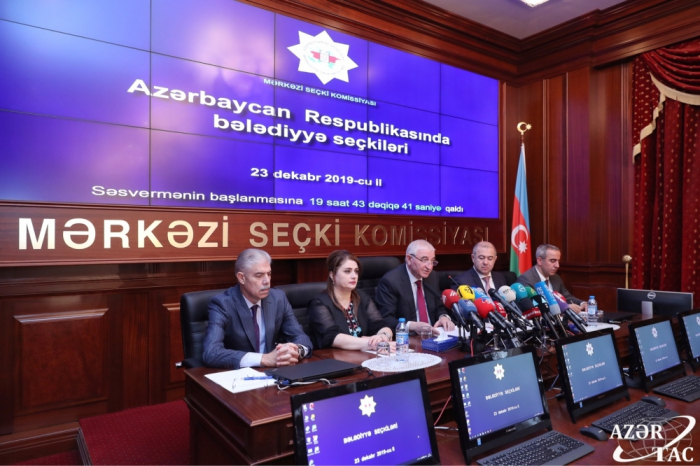 Municipal elections will be held in Azerbaijan tomorrow, on Dec. 23, Chairman of the Central Election Commission (CEC) Mazahir Panahov said at a press conference, AzVision.az reports on Dec. 22.

The CEC chairman added that the total number of voters included in the voters’ list is 4,972,356 people.

“Seven of 125 electoral districts in Azerbaijan aren’t involved in these processes, because they are located in territories occupied by the Armenian armed forces,” Panahov said. “In general, in addition to these 7 districts, we have internally displaced persons in seven other constituencies, and the number of voters in these constituencies is 339,326 people.”