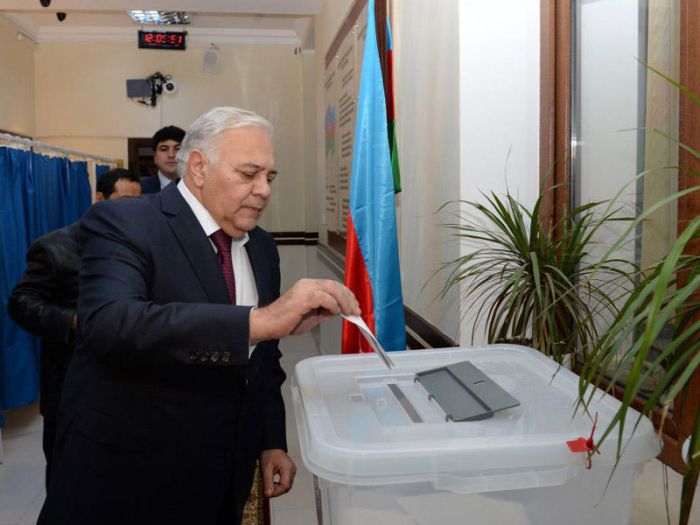 Speaker of the Azerbaijani Parliament Ogtay Asadov cast vote at the municipal elections, which are underway in the country, AzVision.az reports citing Trend.

Asadov voted at the 22nd polling station of the 23rd Nasimi-Sabayil constituency in Baku.

Municipal elections are being held in Azerbaijan today, on Dec. 23.

The elections are being held on 118 constituencies.

The voting will take place at 5,049 polling stations.

The municipal elections will be monitored by 17 foreign and 52,636 local observers.

In connection with the municipal elections, December 23 has been declared day-off in Azerbaijan.